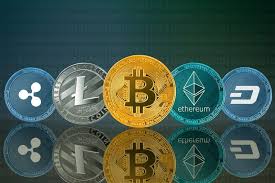 Have you heard of Cryptocurrency? Was it from a colleague, partner, or through the media. Interested in cryptocurrency investment? Before one takes the decision to invest in cryptocurrency, it is important to understand this new technology which has become the order of the day in finance.

Cryptocurrency is a type of digital currency that exists electronically and involves no physical coin or bill unless a service that allows users or investors to cash out is used in cryptocurrency for a physical token.

Basically, it is a digital asset that utilizes computer code and blockchain technology to operate somewhat on its own, without the need for a central party; be that a person, company, central bank or government — to manage the system.

A blockchain is a ledger which keeps track of cryptocurrency transactions. This ledger of transactions is maintained across computers that are linked across a distributed network. Transactions in cryptocurrency protocols are combined into blocks, and these blocks are then linked together in a historical record of everything that’s happened on that blockchain.

Bitcoin, the first cryptocurrency created, was developed initially to act as a payment mechanism native to the online world. Faster, cheaper, censorship resistant and not beholden to any government or central bank’s whims.

Like traditional currencies, cryptocurrencies express value in units — for instance, you can say “I have 2.5 Bitcoin,” just as you’d say, “I have $2.50.”

About 15 years later, an accomplished software engineer named Wei Dai published a white paper on b-money, a virtual currency architecture that included many of the basic components of modern cryptocurrencies, such as complex anonymity protections and decentralization. However, b-money was never deployed as a means of exchange.

CRYPTO TODAY AND ITS FEATURES

Currently, there at numerous types such as Ethereum, Litecoin, Ripple, Dogecoin and Coinye which act as payment mechanisms but have also been developed for other use cases, such as lending and borrowing or digital storage.

There are several features that typically make up a crypto asset. They include: cryptography, transparency and incentives.

ALTHOUGH THERE IS NO SINGLE WAY TO FINDING THE NEXT BIG THING, BEFORE INVESTING IN CRYPTOCURRENCY, CONSIDER THE FOLLOWING:

Data: Because it’s built on transparency, the industry cranks out a huge amount of data. Market capitalization, or the total value of all the coins or tokens that have been minted, is a serious indicator in the space. You can compare cryptocurrency data on sites such as CoinGecko and CoinMarketCap.

Use cases: Understanding how many active users a network has and what those users are doing on the network is helpful. Is the project tackling a real problem? How much adoption could a protocol see, both from individual users and businesses?

Developer activity: Separately, protocols with a large developer ecosystem are typically seen as better projects, since this means that there are many people maintaining the codebase and working on making it better.

The team: Investigating the team behind a cryptocurrency project can be useful, but it’s also challenging. Since there’s an ethos of privacy in the crypto ecosystem, many users, developers and even the C-suite likes to stay anonymous, using only a pseudonym. And that doesn’t always mean the projects are not to be trusted.

Cryptocurrencies and crypto tokens are a new category of investment and are built with new, experimental technology, plus there’s thin and constantly changing regulatory oversight on the industry. As such, crypto assets are seen as a riskier bet than more traditional assets, like stocks and bonds.