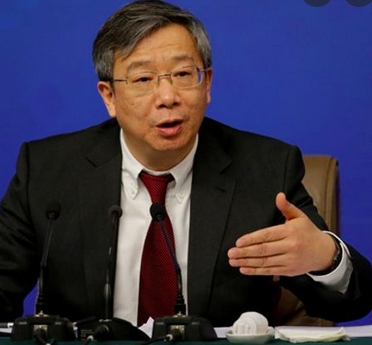 “We will continue to cooperate with anti-monopoly authorities to curb monopolies and actively deal with algorithm discrimination and other new forms of anti-competition behavior,” Yi said Thursday during a keynote speech at the Bank for International Settlements’ conference on Regulating Big Tech.

The People’s Bank of China will continue to strengthen the regulation of the payments sector and ask all financial services companies, including personal information businesses, to be licensed, Yi said.

China has been cracking down on its biggest tech companies for the past year after largely giving them free rein to grow. Regulators fired their first salvo in November with new regulations on fintech, which forced Jack Ma’s Ant Group Co. to call off what would have been a record initial public offering days before the firm was due to go public.

Yi said the PBOC has required technology platform businesses that offer financial services to set up holding companies and bring all subsidiaries engaged in financial activities under them. Going forward, the central bank will ask the holding companies to consolidate their balance sheets and strengthen prudential regulations, he said.

Yi named three principles to guide the regulatory clean-up of fintech: financial businesses must be licensed to operate; firewalls must be set up between different parts of the business, like insurance and wealth management, to prevent cross-sector risks; and the direct link between non-banks and banking services must be cut.

The steps laid out by Yi mirror those taken against Ant in the months after the IPO was halted. Ant has been ordered to undergo a transformation into a financial holding company that will entail much-closer scrutiny akin to banks. The Hangzhou-based firm has already set up a new entity for its consumer lending business including Huabei and Jiebei, after it was ordered to sever improper links with its core payments service.

China may now seek to take that a step further, breaking up Ant’s Alipay and creating a separate app for its loan business, the Financial Times reported, citing people familiar with the plan.

The PBOC is weighing new rules for curbing monopolies in online payments and has also told more than a dozen tech companies they may need to restructure their financial divisions into entities that will be supervised by the central bank, much in the same way that Ma’s firm was forced to overhaul its business. The banking and insurance regulator has also told fintech platforms offering banking services that they must comply with the same capital requirements as those imposed on traditional lenders to curb risks.

The PBOC has in particular pushed for tech firms to share valuable data with regulators, as Beijing attempts to wrest greater control over the vast amounts of information collected by the likes of Alibaba and rival Tencent Holdings Ltd. through online payments and other services including lending. The central bank, which has already put into use a national database for the financial sector sector, is trying to launch a venture that would take charge of the information collected by digital platforms, which may then be shared with rivals, Bloomberg News reported earlier this year.

Yi said financial institutions should collect, use and store information in strict accordance with the law, and ensure they protect the personal privacy and rights of consumers. The central bank will look at defining data ownership in a more accurate manner, better facilitate data transactions and promote the fair use of data, he said.