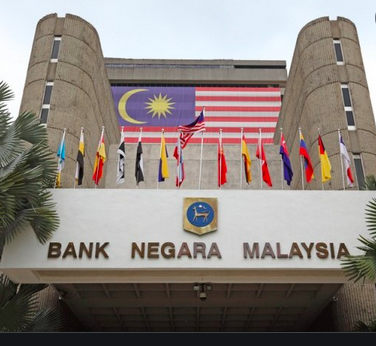 Malaysia’s central bank is set to issue its first digital banking licenses in early 2022, a move that analysts say will position the country as one of Southeast Asia’s leaders in fintech.

On July 2, 2021, Bank Negara Malaysia (BNM), Malaysia’s central bank, announced that it had received applications for digital banking licenses from 29 different bidders. BNM will issue five licenses in the first quarter of 2022, barring any setbacks, with an asset threshold of 3 billion ringgit (US$725 million) for the first five years of operation.

The advent of digital banking in Malaysia stands to not just disrupt the country’s financial and banking industries, but also jumpstart other fintech and digital payment companies in the same ecosystem.

What are the advantages of digital banks?

Proponents of digital banking argue that such services can better serve groups excluded or underserved by traditional banking, such as rural residents and gig workers, who may lack the credit history to receive loans or have low access to financial services. In contrast to traditional banks, digital banks draw on a wider set of data, such as spending habits, to determine credit scores.

According to a study by Google, Temasek, and Bain in 2019, 40 percent of Malaysian adults were “underbanked”, meaning they had underserved financial service needs, while 15 percent did not have a bank account. In contrast, the Malaysian government’s statistics say that just eight percent of Malaysian adults do not have a bank account. The government hopes that digital banks can reduce this figure to five percent.

Digital banks also stand to be useful for businesses, especially small and medium-sized enterprises. Through digital banks, these businesses will have greater access to loans, more competitive borrowing rates, and faster approvals and disbursements of funds.

What is the market for digital banks?

Public health restrictions caused by the COVID-19 pandemic have expedited the uptake of digital banking services among the population already engaged with traditional banks. Many customers looking to minimize social contacts amid the pandemic have been frustrated by the requirements of traditional banks to complete so many services in person, leading them to embrace digital tools instead.

Further, a study by Visa Consumer Payment Attitudes found that over 74 percent of Malaysians were aware of digital banking, and 66 percent were interested in using such services. The same study found that Malaysia’s preference for cash was just 23 percent, indicating a readiness to embrace digital payments.

The Visa study also found that 78 percent of respondents were interested in using digital banking for bill payments, 69 percent for transferring money to family and friends, 62 percent for payment at retail locations, and 61 percent for managing deposits and withdrawals.

These statistics suggest that Malaysians have the desire to use digital banking and other fintech services but are awaiting the tools and infrastructure to do so.

Who is applying for digital banking licenses in Malaysia?

In an interview with Fintech News Malaysia, Suhaimi Ali, Director of Financial Development and Innovation at the central bank said that the BNM is looking for three types of digital banks among the applicants. These are:

Because digital banks come at the intersection of financial services and information technology, applicants for digital banking licenses in Malaysia include traditional banks, telecommunications firms, app-based tech companies, conglomerates, and joint ventures between them.

Among the 29 applicants for digital banking licenses in Malaysia, notable applicants include:

The list of applicants shows that digital banking is a sector open to industries from a variety of different backgrounds, beyond traditional financial institutions. Further, the variety of companies shows the potential for future integration of fintech with other services.

The future of digital banking in Malaysia

However, the launch of Malaysia’s first digital banks marks an important milestone in its transition to digital banking and fintech services and well positions the country to become a fintech hotspot in Southeast Asia.

In addition to digital banks, the sector’s emergence stands to uplift associated services, such as e-wallets, digital investment platforms, and budgeting services, as well as other businesses seeking to integrate digital payment options into their platforms. Accordingly, while only five entities will acquire digital banking licenses in Malaysia in 2022, the emergence of digital banking will benefit a much larger field of businesses, both in fintech and beyond.