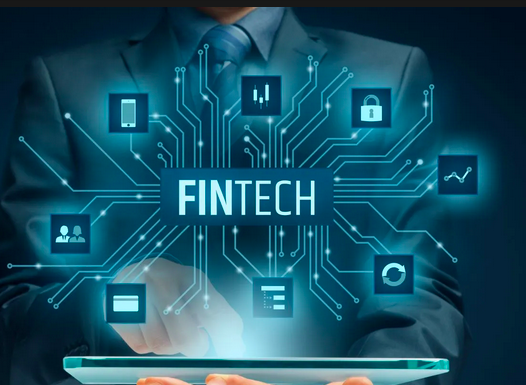 According to Bloomberg  :the bewildering array of financial services available at a finger tap is something way more radical than the decade-old Apple Inc. slogan of “there’s an app for that.” The new companies aren’t like your parents’ fintech: Our post-pandemic online lives, combined with the power of bounteous venture capital from such outfits as SoftBank Group Corp., are pushing digital finance deeper into our wallets than the Venmo-style bill-splitting services of old.

Traditional banks have been playing defense but also striking deals. Banks are one of fintech’s big funding sources: Goldman Sachs Group Inc. and Citigroup Inc. participated in 69 and 51 fintech deals, respectively, from 2018 to 2020. Some startups have chosen to become licensed banks themselves, while big tech companies encroach into financial territory from the other direction: Amazon.com Inc. offers payments, credit, and insurance with partner firms.

And the complexity of financial regulation has opened doors for tech startups. Some have exploited rules such as the Durbin Amendment, which allows smaller banks to make more money from card payments. Others have profited from laws intended to improve competition, such as European Union rules giving fintech companies access to bank account data.

The stunning collapse of Wirecard shows how easy it can be to run rings around regulators. Here was a German bank with access to deposits, a U.K.-regulated e-money institution, and a payments firm on Visa Inc.’s and Mastercard Inc.’s networks, yet nobody acted on the red flags.

China—which had a head start on the U.S. and Europe in fintech, thanks to years of cultivating revolutionary platform companies such as Alibaba and Tencent—is likely the country to watch. After a string of fintech scandals in the mid-2010s, the government is cracking down on the platforms for perceived monopolizing of sensitive data and hindering fair competition.

Governments have to do more to reduce the risks while amplifying the benefits of fintech innovation. Stronger consumer protection and improvements to financial literacy would help. Regulators are also trying a more active approach to technology, offering sandbox-type controlled environments where fintech firms can experiment and grow. But it’s hard to escape the feeling that a lot of the risks coming down the pike are unpredictable and many-headed and that regulators won’t keep up. With central bankers determined not to be disrupted in their management of the economy, perhaps another line from Hamlet will prove prescient: “Neither a borrower nor a lender be.”