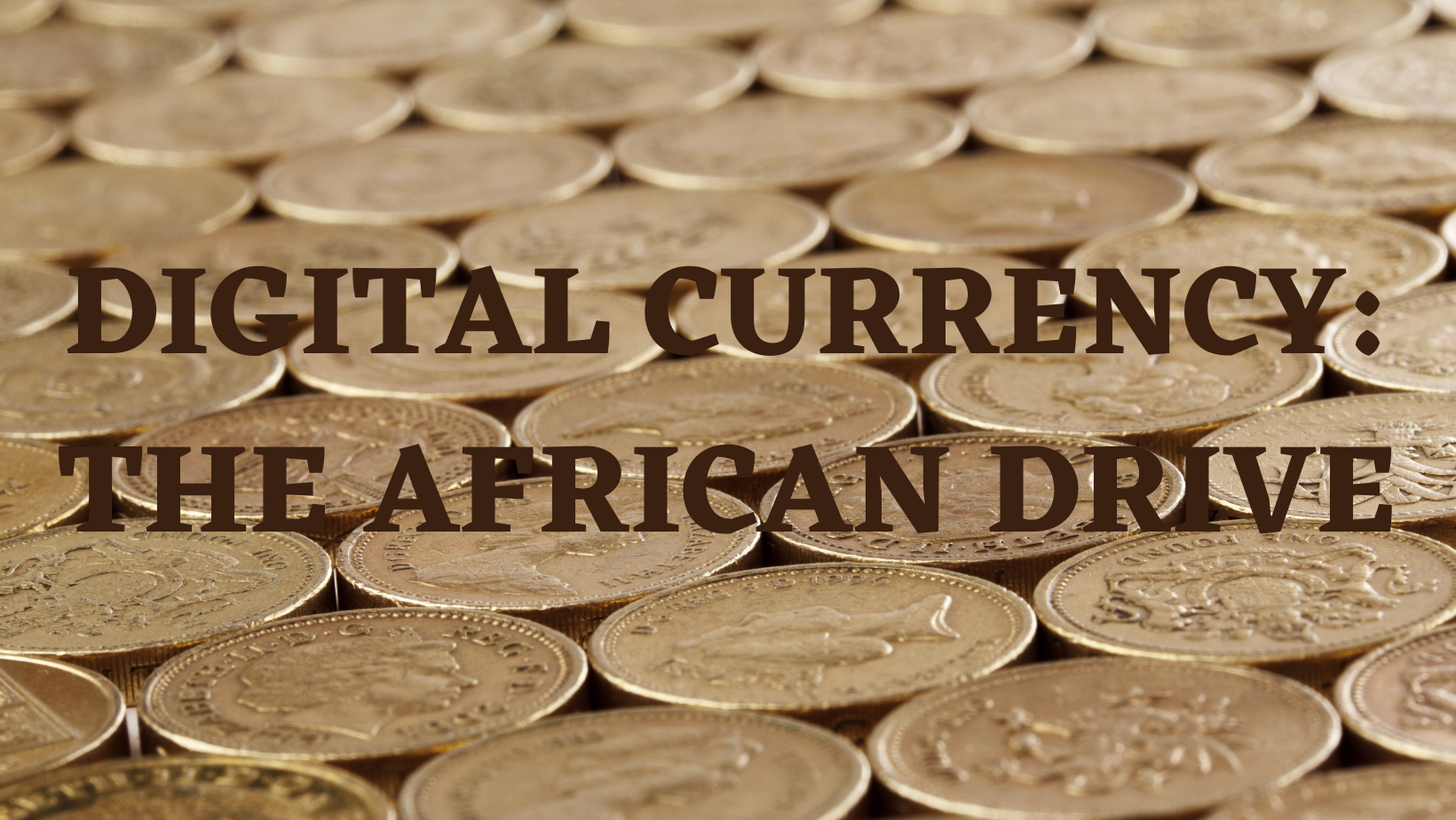 Nigeria will soon launch its eNaira, Ghana is on the path way to have eCedis while other African countries, like South Africa and Mauritius are also considering having their digital currency. This tells that CBDC, is not a new concept to Africans. Multiple CBDC projects in Africa currently exist, even amidst a wider fintech boom across the continent.

The existence of CBDCs in Africa, making them interoperable and efficient will enhance instant and convinient transactions amongst people especially, Africans who live or work outside their country and mostly do not have required documents to have a formal bank account, and also remove the remittance payments from the correspondent banking system.

Dr. Co-Pierre Georg, an expert on CBDCs, in an interview, explains that apart from reinforcing control over the supply and circulation of money in the digital age, these CBDCs are able to overcome the challenges of existing payments infrastructures, which are not built for low value transactions. CBDCs give technology companies and startups, especially those in the ecommerce or fintech space, a digital standard on which they can further innovate.

STAGES OF CBDC IN AFRICA

CBDC projects in Africa can largely be classified across three stages.

Pilot stage: Countries at this stage have their central banks making definitive steps towards launching their CBDCs. Nigeria and South Africa can be said to be at this stage. Nigeria, would have had it’s eNaira in operation by now until the launch was postponed.

Varying phase: The varying phase of development includes countries like Egypt and Mauritius have announced plans to launch a CBDCs soon, although developments following these announcements have been unclear.

Research and feasibility testing stage: Some others, such as Eswatini, are at the research and feasibility testing stage, whereas countries such as Rwanda, Kenya and Tunisia have simply expressed intent to explore CBDCs. Interestingly, while Tunisia does not have a CBDC of its own, it has been working with France’s central bank Banque de France on CBDC experiments that would allow Tunisian diaspora in France to remit funds back to the country. This stage may also include countries that have not announced any intention so far of testing a CBDC or have eventually called the project off for some reasons.

FOUR COUNTRIES TO WATCH OUT FOR

There are 11 active CBDC projects in Africa currently. Here are the four most exciting African countries to expect CBDCs.

Nigeria’s eNaira after a period in the research and development, with Bitt Inc as its technical partner, is to be launched soon after it’s initial launch date, October 1,2021, was cancelled due to the country’s Independence Day celebration.

In a press release,Bank of Ghana announced its partnership with Giesecke+Devrient (G+D) to commence development for its CBDC, eCedi. The eCedi is a Ghanaian adaptation of the G+D Filia, a CBDC solution based on distributed ledger technology that allows central banks to develop their own national CBDCs. Ghana’s CBDC project will be testing across three phases, namely design, implementation and pilot.

The digital Cedi, or ‘e-Cedi’, is intended to complement and serve as a digital alternative to physical cash, thus driving the Ghanaian cashlite agenda through promotion of diverse digital payments, while ensuring a secure and robust payment infrastructure in Ghana. It also aims to facilitate payments without a bank account, contract, or smartphone, by so doing boosting the use of digital services and financial inclusion amongst all demographic groups.

Currently, there are two CBDC projects being tested by the South African Reserve Bank (SARB). Project Khokha 2 is trialling the interbank use of a wholesale settlement token as well as a wholesale CBDC while, with Project Dunbar, South Africa together with the Reserve Bank of Australia, Bank Negara Malaysia, Monetary Authority of Singapore, and South African Reserve Bank with the Bank for International Settlements Innovation Hub test the use of central bank digital currencies (CBDCs) for international settlements. The country however, had started trialling CBDCs with the first Project Khokha, launched in 2018.

The announcement of  the launch of CBDC was made by the governor of the Bank of Mauritius, Harvesh Seegolam at CoinDesk’s Consensus 2021. Seegolam said that the country would be targeting a rollout of its CBDC by the end of the year. Further, the International Monetary Fund was also working closely with Mauritius in the design and planning of its digital currency, he added.

Central banks across the globe are looking to develop their own digital currencies and African countries have not laid back.