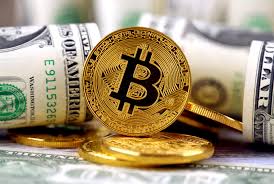 Like Former US President Donald Trump, the former US Secretary of State and Democratic presidential candidate Hillary Clinton has raised concerns and warned nations across the globe to take the growing popularity of cryptocurrencies seriously, such that, digital assets could devastate many countries’ economies as well as destabilize the dollar.

At a panel discussion at the Bloomberg New Economy Forum in Singapore, she expressed her concern about how Cryptocurrencies could undermine the role played by the dollar. According to her, governments today face many challenges one of which is cryptocurrencies. She also admits that new industry methods like mining look interesting.

“One more area that I hope nation-states start paying greater attention to is the rise of cryptocurrency — because what looks like a very interesting and exotic effort to literally mine new coins in order to trade with them has the potential for undermining currencies, for undermining the role of the dollars as reserve currencies, for destabilizing nations.” she said.

Clinton believes that digital assets can undermine the US dollar’s role as a reserve currency and wreak smaller economies. As crypto develops further, it can pose a grave threat to large and developed countries. Therefore, she urged governments to pay more attention in regulating the cryptocurrency industry.

Earlier last week, Prime Minister of India, Narendra Modi called for a joint effort by democratic nations to ensure cryptocurrencies do not “end up in the wrong hands, which can spoil our youth.”