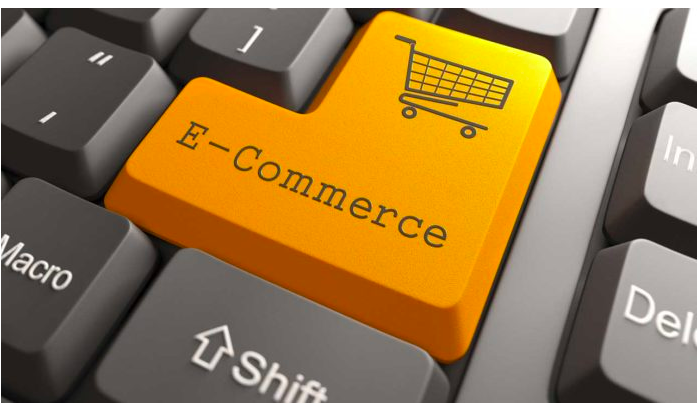 Mobile money operators have for instance said that they have begun to see a dip in the use of mobile money for payments, even though they cannot confirm alleged panic withdrawals from mobile money wallets.

The impact seem to have gone beyond just the mobile money platforms, to other electronic transactions and eCommerce platforms as well.

Statistics exclusively available to TechGh24 from one of the leading Fintechs in the country, indicate that since November 18, 2021, the day finance minister, Ken Ofori-Atta announced the 1.75 per cent e-levy, they have recorded a 15.63 per cent week on week dip SME e-Commerce Sales and a 28.42 per cent drop in e-Payments.

Again, compared to the same day, their month or month SME e-commerce transactions declined by 4.81 per cent and e-payments also dipped 5.06 per cent.

The CEO of the company, who prefer to remain anonymous, told TechGh24 that the trend is unusual, because since the outbreak of Covid-19, SME e-Commerce and e-Payments have been rising consistently on their platform, which controls and significant chunk of all digital payments in the country.

Finance Minister Ken Ofori-Atta announced the e-levy in his 2022 Budget statement in Parliament on Wednesday, November 18, 2021, saying it will be implemented in January 2022.

The levy will affect all mobile money and other digital wallet transactions, ATM card withdrawal and payments, GHQR transactions and several other electronic transactions. It however exempts the first GHS100 transacted in a day, which is meant to be a pro-poor measure to prevent financial exclusion.

The Minister said part of the proceeds from the e-levy will be used to fix roads in the country, and for that matter road tolls have been abolished.

While Parliament is yet to debate and approved the budget and its content, the Roads Minister has already banned road tolls and that seem to have fueled the idea that the e-levy has taken effect, and so Ghanaians are beginning to avoid the use of electronic payments just to avoid the e-levy, which yet to be rolled out.

Meanwhile, the Ghana Chamber of Telecommunications and the eCommerce Association of Ghana have both registered their opposition to the e-levy, saying it is ill-timed and threatens to deplete the gains made in Ghana’s financial inclusion and cash-lite economy journey.

The CEO of another leading eCommerce platform told TechGh24 that he thinks government got the plot wrong in choosing to implement the e-levy in a way that it affects all mobile money users instead of targeting it specifically at the business community.

“I think government should have focused on the small informal sector businesses and enticed them with a tax less than what they already pay for electronic transactions. This would have the potential of making such businesses insist on electronic payments because they know they stand to pay less tax if they collect money digitally.

“Government has done well by using the Ghana Card to capture the details of all these informal sector businesses so now their transactions and financials are visible to government so they can’t evade taxes. By reducing the tax burden, government stands the chance of getting all this people to pay taxes and they will get more money.”

That industry captain believes the proposed e-levy, as it is now, will rather drive people back into cash transactions and that will eventually be counterproductive to both the eCommerce community and to government.

GHS100 transfer and the poor

Another industry captain was particularly worried about the Communications and Digitalization Minister’s assertion that anyone who is able to transfer more than GHS100 in a day is not poor.

According to him, that is rather a “shallow” and “simplistic” view of the matter, explaining that a lot of poor people may be transacting funds that are not necessarily theirs on daily basis, and yet they stand to lose a portion of their small margin on those funds just because they maybe transferring more than GHS100 in a day.

“The minister needs to reconsider her definition of poor people because lots of poor people are paid moneys for a job and their own fees via MoMo and they also go to market to purchase materials and either pay with MoMo or do a cash out to pay – so if they are considered as not poor just because they transacted more than GHS100, that is totally unfair to them because a greater portion of the money they transacted may not be their,” he said.

One other industry executive said they recently moved a number of their digital products like voting on reality shows, streaming, e-ticketing and others unto the mobile money platforms to facilitate easy collection of payments from telcos, and onward payments of their content providers, but the e-levy threatens to deplete their marginal earnings from those services.

“Now if the telcos send us our payment, they will deduct the 1.75 per cent e-levy and we would also have to deduct 1.75 per cent from the moneys we pay to our content provider via MoMo, so what is likely to happen is everyone will demand payment in cash just to avoid the loss of revenue,” he said.

He is however hopeful that those who use the platforms may not be deterred by the tax, saying that, like fuel, even when prices go up people still buy it.

But not every player really see the possibility of an opportunity if the e-levy is implemented. One of such players is the operator of a platform that depends largely on short code extensions to provide services and collect revenue via mobile money.

According to him, a combination of the e-levy and the recent ban on sub-allocated short codes by the National Communications Authority (NCA) has simply dampened his spirit and he has lost the will to continue with the business he has invested so much in.

He however sees small hope in the announcement by the Finance Minister that transfer to self (wallet to account and vice versa in the same name) is exempted, saying that “This is the only option that will save me. My sales goes to our OVA and we transfer from the OVA to our merchant SIM. I hope transfer to self covers that scenario as well.”

One leading industry captain stated that the negative impact of the e-levy was expected and that was why they advised against it, but it appears those in government want to see the impact before they believe.

Meanwhile, the Finance Minister has said the resistance to the e-levy was to be expected because “no one likes to pay taxes”, but government is confident that the resistance is just a phase that will not last.

The e-levy and the entire budget are yet to be debated in Parliament, but the Minority side of the House have already declared their intentions to vehemently resist the e-levy and several other policy proposals in the budget.