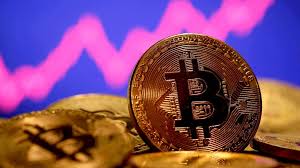 A financial report this week celebrated the launch of yet another cryptocurrency, this time a new LGBTQ-focused coin that aims to “fight against homophobia.”

If it takes off, the maricoin, a name which, as Reuters reported, is derived from a Spanish language homophobic slur, may be the kind of niche token that will survive in a very competitive field. Its founders hope so.

With fortunes having been made by many who have introduced coins of their own, there is certainly plenty of competition. But for people turning their hard-earned money into crypto tokens, that raises a bothersome question.

Even if crypto tokens really do have a use and a real-world value — something that remains disputed — and if those tokens can be reproduced infinitely, which blockchain mathematicians say they can, why are so many being traded as if they were in short supply?

Is there really a shortage?

The supply of any one crypto, such as bitcoin, may be limited by the algorithm that generates the tokens. But if you need something that acts like a bitcoin, say experts I interviewed, there are plenty of choices.

According to CoinMarketCap, known as a credible source for crypto data, at last count there were 16,394 different crypto tokens trading on 451 different exchanges, valued at something over $2.2 trillion US.

For whatever reason, maricoin had not yet made the CoinMarketCap listing (although you can find it listed elsewhere) indicating that the 16,394 number, while large, may be an underestimate.

Many credible financial authorities say it remains uncertain whether cryptocurrencies will eventually have a real-world purpose that justifies buying a stake. Others are far more dismissive.

A recent report in the Financial Times called them “worse than a Madoff-style Ponzi scheme.” Writing in the Globe and Mail’s Report on Business, finance professor George Athanassakos’s advice on Bitcoin was “Just say no.”

Not so good as a unit of exchange

Henry Kim, part of a team of about twenty at York University’s Schulich School of Business working on crypto and blockchain — the complex math that makes each cryptocurrency unit unique — says that, so far, the electronic tokens have not been as useful as hoped.

“Bitcoin’s intended purpose, to be used as money, has limitations,” said Kim, an associate professor.

As many people, including me, have pointed out in the past, the value of the tokens go up and down wildly, meaning few people are willing to make deals that will be settled in bitcoin. Also said Kim, with rare exceptions, central banks frown on its use as actual money.

Kim, who holds a crypto stake in his personal portfolio and as a teaching exercise has generated a non-fungible token (NFT) of his dog Smudge for sale for 0.01 of an ether, said that as yet the only proven value of crypto is as “electronic gold,” for a crisis when other assets fall in value. And he says that only applies to the most widely traded examples, with bitcoin and ethereum at the top of the list.