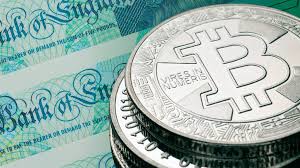 The UK government has unveiled plans to crack down on misleading cryptocurrency ads by making them subject to the same regulations as marketing for other financial products such as shares and insurance.

The Treasury has responded to rising concern over a surge in ads promoting cryptoassets, which are unregulated in the UK, and the potential for naive investors to lose money given the highly volatile price swings of digital currencies such as bitcoin.

The move to change the law will see ads for cryptoassets become subject to rules governed by the Financial Conduct Authority (FCA) to bring them “in line with the same high standard that other financial promotions such as stocks, shares and insurance products are held to”.

The Treasury said the aim was to strike a balance between allowing the booming cryptoasset market to flourish while protecting consumers by making sure ads encouraging investment were “fair, clear and not misleading”.

“Cryptopoassets can provide exciting new opportunities, offering people new ways to transact and invest,” said Rishi Sunak, the UK chancellor. “But it’s important that consumers are not being sold products with misleading claims. We are ensuring consumers are protected, while also supporting innovation of the cryptoasset market.”

There has been a boom in cryptocurrency advertising encouraging consumers not to miss out on the craze, with about 2.3 million people in the UK now thought to own a cryptoasset.

The Advertising Standards Authority (ASA) has banned a number of campaignsfor being irresponsible, and last month criticised some of the leading players in the sector while declaring the issue of misleading crypto marketing a “red alert” priority.

Adding the regulatory oversight of the FCA will mean that companies that break rules can be fined and their ads must pass muster before they launch. This is not the case with the ASA, which only steps in once it receives complaints after a campaign is in the public domain.