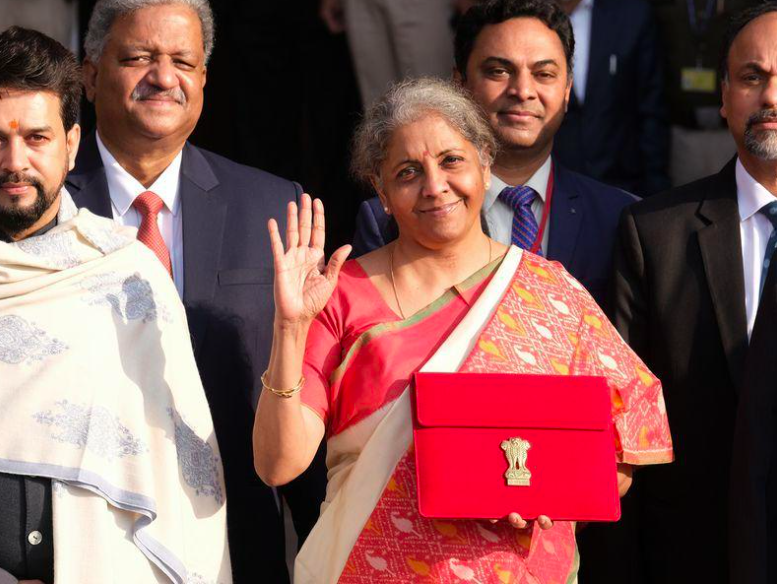 Indian Finance Minister Nirmala Sitharaman announced a 30% tax on any income from the transfer of virtual digital assets, a first for the nation.

Additionally, she also said that the digital rupee will most likely be issued in the 2022-23, which is the first time the Indian government has given a timeline on the launch of a central bank digital currency (CBDC).

“There has been a phenomenal increase in transaction in virtual digital assets. The magnitude and frequency of these transactions have made it imperative to provide for a specific tax regime,” Sitharaman said in the critical Indian budget speech, which lasted for over two hours.

Speaking on the adoption of CBDCs, Sitharaman said that a “digital rupee” will be “issued using blockchain and other technologies; to be issued by RBI starting 2022-23. This will give a big boost to the economy.”

When asked later on about taxing without a regulation, the finance minister said, “We have circulated a paper, inputs are coming in, public stakeholders are coming in so regulation goes through that process. I don’t wait till regulation comes into place taxing people who are earning profits. Can I?

The words crypto or cryptocurrency was not used in the budget speech. However, the finance minister used the phrase “virtual digital asset” which the industry interprets as a term for cryptocurrencies and non-fungible tokens (NFTs). The naming and the steps taken are not clear legalisation of crypto , but the industry views this as step towards legitimatisation.

“India is finally on the path to legitimising the crypto sector in India,” said Nischal Shetty, co-founder and CEO of WazirX, one of India’s largest crypto exchanges.

Shetty said the move to launch a blockchain-powered digital rupee is “phenomenal” as it will “pave the way for crypto adoption” and that the “biggest development” was the “clarity on crypto taxation, which will add the much-needed recognition to the crypto ecosystem of India.”

Sumit Gupta, co-founder & CEO, CoinDCX called the budget “forward-looking and inspirational” adding that the taxation is a “step in the right direction.”

Sidharth Sogani, founder and CEO of cryptocurrency research organization Crebaco, said “you can’t tax something which is illegal. Hence, this is a very positive move by the government and is very good for the industry. If there are tax clarities in this space, more money is likely to come in.”

The concern among some experts is that the 30% tax could deter retail investors.

“There might be movement in people liquidating their crypto portfolios and moving to the equity market. The 30% tax is too much.” said a source at a major crypto exchange wishing not to be named.

Shivam Thakral, CEO of BuyUcoin, disagrees saying “it (the tax) is normal and not too high” and is in line with normal taxation in which “if you are earning personal income of more than 12 lakh per annum then you are in the 30% slab anyway.”

Another industry source who didn’t wish to be named highlighted a contradiction in the government’s statements. In the past, the government has said it seeks to prohibit all cryptocurrencies in India but will allow certain exceptions to .

“How will you promote the underlying technology with a 30% tax,” asked the industry source from a major exchange.

“Prima facie, self-declaration of crypto ownership and tax filing is a progressive move that displays the government’s conviction in monitoring, validating, and regulating the evolution of crypto economy,” according to Gaurav Mehta, founder of Catax, a one-stop-shop for crypto taxes, blockchain auditing and forensics.

The Reserve Bank of India, India’s central bank, had earlier launching a pilot CBDC project in the fiscal year April 2022 to March 2023.

The country appears to be waiting for global consensus on crypto regulation. Earlier this year, Indian Prime Minister Narendra Modi for global cooperation on cryptocurrencies. Modi said that challenges like crypto can not be tackled by nations in isolation.

Last year, Sitharaman that “a new [cryptocurrencies] bill is in the works,” warning that “the risk of cryptocurrency and it going in the wrong hands is being monitored.”