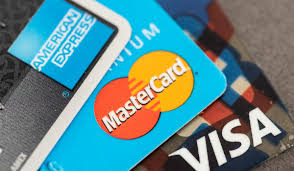 American Express halts its services in Russia following its invasion of Ukraine just like Visa, Mastercard and PayPal have reportedly announced to do.

“As a result, globally issued American Express cards will no longer work at merchants or ATMs in Russia,” the company said on March 6.

“Additionally, cards issued locally in Russia by Russian banks will no longer work outside of the country on the American Express global network. We are also suspending all business operations in Belarus. This is in addition to the previous steps we have taken, which include halting our relationships with banks in Russia impacted by the U.S. and international government sanctions.”

Amex said that, in the crisis, it has prioritized “the wellbeing of our colleagues.” Amex doesn’t employ anyone directly in Ukraine, but the company said it has hundred in neighboring countries and dozens in Russia.

Visa and Mastercard had already announced a day before American Express did, that they were complying with US and international sanctions imposed on Russia in the wake of its attack. Both companies said cards issued abroad would no longer work in Russia.

PayPal shut down its services in Russia  just a week since Russia was kicked off the world’s main international payments network SWIFT.