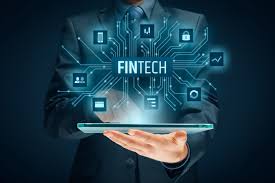 On the fourth floor of Paysera’s head office in Vilnius, Lithuania, rows of developers’ desktops have been replaced with fold-up beds, new sheets, and a washing machine. Soon, four families that have escaped from Ukraine will move in.

The gesture reflects the fintech company’s concern for its eastern European near-neighbor, where it employed 20 people before Russia’s invasion last month. One of its Ukrainian workers will join about 15 other refugees, who were selected by a Lithuanian NGO.

Kostas Noreika, 44, co-owner of Paysera, had been skiing with some colleagues at Bukovel resort in western Ukraine shortly before the invasion began. “When we saw families fleeing the war from the country we have visited weeks ago and experienced the hospitality of the people, we could not ignore it,” he said.

Paysera, which handles payments for online stores and retail customers, has about 60,000 Ukrainian clients and more are joining daily, including some who are transferring funds to other currencies such as euros.

The company halted payments to and from Russia at the end of February and has urged other institutions to suspend operations relating to Russia in solidarity. It’s just one of the region’s fintechs responding quickly to the biggest shock their nascent industry has faced so far.

Some of Paysera’s workers have stayed in Ukraine, though they’ve been displaced by the violence. At 5 a.m. on Feb. 24, client support manager Nataliia Bondar woke up to explosions. She grabbed her laptop, notebook, bag, and got in a car with her husband and 16-year-old son — leaving her life in Kyiv behind.

“Our people in eastern Ukraine are suffering from air bombs. Many people are living without light, without water, without food,” she said in a phone interview from Tulchyn, about 270 kilometers south of the capital.

Bondar, one of about 2 million Ukrainians driven from their homes, hasn’t stopped working. She intends to stay in the country and “continue to work when the internet is available, and we help friends and colleagues to get out of blocked cities.” She said some coworkers have joined Ukraine’s Territorial Defence Forces, while one of Paysera’s accountants was in a shelter in the heavily bombed city of Bucha for two weeks before getting to safety.

“We hope to return to our home,” Bondar said, her voice breaking at the end of the phone line. Rocket strikes could be seen from her temporary accommodation. Days before, a barrage of missiles “completely destroyed” the civilian airport in the region, according to a briefing by Ukrainian President Volodymyr Zelenskiy.

Paysera, founded in 2004, helped retail customers across Europe move 6.5 billion euros ($7.2 billion) last year. The company has noticed a growing interest among Ukrainian citizens in opening accounts in the EU.

It’s not the only financial company facing shockwaves from the war and international sanctions on a swath of Russia’s economy. Services from ApplePay to the SWIFT bank messaging system are being disrupted. Firms with cross-border money flows in the region, and deep business and personal links in some cases, are having to quickly adjust.

In a personal letter, Nik Storonsky, the British-Russian chief executive officer of banking and payments firm Revolut, said the war was “wrong and totally abhorrent.” The firm, one of the world’s biggest privately-owned fintech companies, blocked payments to Russia in early March.

Transfer platform Wise Plc, which was founded by Estonian businessmen, also suspended money transfer services in Russia. The company said in late February that it was waiving fees on transfers into Ukraine, noting that one of its oldest offices was in the city of Cherkasy.

“The fintech community has been quick to help those affected by the Ukraine crisis,” Janine Hirt, CEO of Innovate Finance, the umbrella organization for British fintech, said in a statement. “The volume, the complexity and the speed of sanctions” has meant that firms “have deployed additional resource to meet legal obligations.”

Back in Ukraine, Bondar urged fintechs to do more to enable financial services in her country and improve its ties to the rest of the world. Anything that could help pressure Russia to end the conflict.

“I just want this war to stop,” she said. “That’s the only message from all the Ukrainian people.”