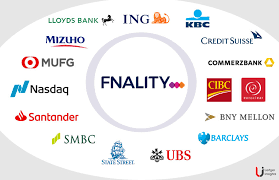 Euroclear has announced its investment in Fnality, formerly known as the Utility Settlement Coin (USC), an international consortium of global banks and financial market infrastructures focused on building regulated payment systems to support the adoption of tokenised assets and marketplaces.

As Euroclear develops its future Distributed Ledger Technology (DLT) capabilities, it is partnering with Fnality  to provide an innovative solution for the settlement of digital securities against digital cash on DLT. The solution aims to increase speed and efficiency for a range of post-trade operations from primary market issuance to secondary market and collateral trades, and servicing interest payments.

“We are pleased to be working with Fnality and our clients in shaping a cutting-edge solution on wholesale digital cash and digital securities settlement for the benefit of the whole industry,” Lieve Mostrey, CEO Euroclear Group.

Euroclear group is the financial industry’s trusted provider of post trade services. Euroclear provides settlement and custody of domestic and cross-border securities for bonds, equities and derivatives to investment funds.