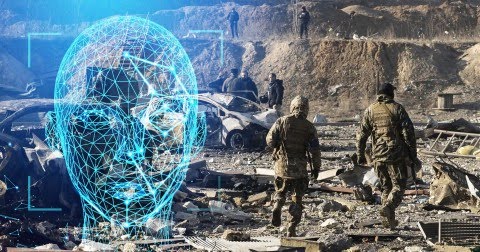 Ukraine’s vice prime minister, Mykhailo Fedorov, has disclosed the use of facial recognition software to identify the bodies of Russian soldiers killed in combat and to trace their families to inform them of their deaths with the help of Clearview AI, in the country.

Ukraine’s Ministry of Defense this month began using technology from Clearview AI, a New York-based facial recognition provider that finds images on the web that match faces from uploaded photos.

Mykhailo Fedorov, who also runs the ministry of digital transformation, said Ukraine has been using Clearview AI software to find the social media accounts of dead Russian soldiers, which aids authorities in contacting relatives to make arrangements to collect the body.

“As a courtesy to the mothers of those soldiers, we are disseminating this information over social media to at least let families know that they they’ve lost their sons and to then enable them to come to collect their bodies,” Fedorov said in an interview, speaking via a translator.

Fedorov declined to specify the number of bodies identified through facial recognition but he said the percentage of recognized individuals claimed by families has been “high.”

The Ukrainian government has also, an online form where Russian relatives can submit a claim to collect a body but Fedorov did not explain how the bodies are being returned.

As much as this seems good, opponents of facial recognition have decried the adoption of Clearview AI software, citing the possibility of misidentification.

Facial recognition is just one of many tools Ukraine has adopted for free as Western businesses come to its aid, Fedorov said. For instance, his ministry is now using cloud services from Amazon.com Inc (AMZN.O) to store “critical data,” he said, without elaborating.

Clearview is battling a lawsuit in U.S. federal court in Chicago filed by consumers under the Illinois Biometric Information Privacy Act. The ongoing case concerns whether the company’s gathering of images from the internet violated privacy law.

However, it says its actions have been legal and the face matches should only be a starting point in investigations.