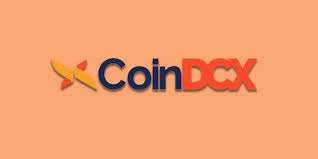 CoinDCX has doubled its valuation to $2.15 billion (post-money) in eight months following a new $135 million funding as it looks to expand its product offerings and talent base, including doubling down on compliances in the world’s second largest internet market.

The firm, which is the the first indian crypto exchange to attain the unicorn status last year, says it has amassed over 10 million users. In addition to allowing users to buy various tokens for as low as 100 Indian rupees ($1.3), CoinDCX also provides margin trading and the option to stake digital assets.

“What is interesting about this round is the quality of investors who’re coming in and the kind of strong confidence they have shown on the market,” said Sumit Gupta, co-founder and chief executive of CoinDCX. “It gives a good boost to the overall industry.”

The startup’s new funding comes weeks after New Delhi’s crypto taxation rule — 30% on the income, was implemented, which Gupta confirmed that CoinDCX has also been hit by the recent move, noting that the 1% TDS has made it somewhat less feasible for some high-frequency traders to go about their business.

The startup plans to double down on its compliance efforts, he said. “We will do whatever it takes to give more comfort to the regulators,” he said.