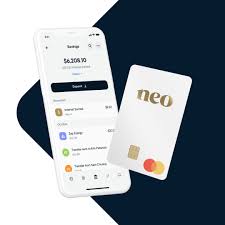 Canadian fintech, Neo Financial, has secured $145 million (CAD 185 million) in a Series C funding round at a valuation of more than $1 billion, led by Valar Ventures.

A number of new and existing investors also participated, which included: Tribe Capital, Altos Ventures, Maple VC, Blank Ventures, Gaingels and Knollwood Investment Advisory. A secondary share sale was also offered with the fundraising round, allowing early investors and employees to sell a portion of their shares to investors.

The new investment brings the company’s total funding to around $233 million (CAD 299 million) after it had raised $50 million in a Series B funding round in September last year.

Founded in 2019 by two of the co-founders of food courier, SkipTheDishes, Neo provides its customers with a safe and secure platform to spend, save and invest.  The firm offers a high-interest savings account, provided by Concentra Bank, and a rewards-based credit card with over 7000 business partners. Its credit card is issued by ATB Financial, backed by the Mastercard network. In the past year it has added a host of other features, including an investing product, while a mortgage offering is in the pipeline.

Neo plans to use the new capital to create new products and expand its team size as it looks to accelerate its mission to become a “one-stop-shop” for all financial services for Canadian people and retailers.