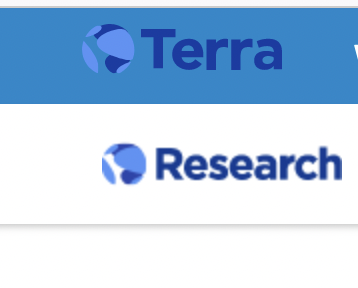 According to Terra research governance proposal :

Hey everyone. I would like to suggest a tiered repayment system for the first batch of users.

The events that unfolded in the last few days have deeply affected all of us, and I’m sure we can agree that small to medium sized traders have been affected the most. Families have lost livelihoods, students and working professionals have lost years of savings, and lower-calibre ‘investors’ have even lost other people’s money. In a few weeks, everyone will talk about how obvious this event was, but in truth, it was very hard to see coming. LUNA was a blue chip coin and Anchor was a state of the art DeFi protocol.

It is clear that LUNA cannot be salvaged and will be used as exit liquidity to retain some of UST’s peg, which is its purpose anyway. At some level, Terraform Labs and the Luna Foundation Guard have a responsbility to get UST as close to $1.00 as possible. This will be a tough task given the sheer amount of money that’s left to repay.

I think when it comes to analyzing stakeholders, we should put the small trader first. Someone I know in my circle committed suicide last night due to the LUNA crash. Many people are suicidal, and I’m sure we’ve all seen the posts online. This is taking a disproportionate toll on smaller investors, so I believe we should prioritize paying them.

I am speaking from experience here. I witnessed a site with investors getting hacked, and there was a lot of community turmoil. Ultimately, the site owner paid back most people with a small amount of funds, which made the majority of people happy and they came back to use the product. The larger shareholders were issued a debt token which is slowly being paid off. What was most interesting to me was that the stakeholder who lost the most amount of money (over 50% of the project was his) seemed the most chill and compliant. You will find that multi-billionaires tend to be more calm, reasonable, and rational when it comes to handling monetary losses. It doesn’t affect their QOL that much. For us, this could be everything.

The exact mechanism can be worked out and tweaked, but here is what I think will be best.

Do Kwon said he is working on arranging some funds (to make UST collateralized), and I believe my method will be the most effective way of alleviating community stress, bringing the project back, and creating a more calm, malleable and navigatable way forward when remaining stakeholders have closer seats at the table within the captain’s chambers. Thank you for reading.

After a long community discussion surrounding this proposal (over 700 comments), I have reviewed multiple perspectives from multiple stakeholders and we have decided to make three major amendments to the original proposal. This will make it a near-perfect solution.

Thank you to everyone for their suggestions and helping me amend this proposal to make it more equitable and reasonable. It is now likely the most realistic and most beneficial solution out there, and I hope TFL is able to join the conversation.