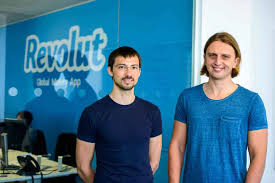 Cofounder of Revolut, one of Europe’s most valuable startups, Nik Storonsky, to launch a venture fund, powered by artificial intelligence, to compete with “legacy” venture capital investors by  investing along with other investors, around $200 million into the Quantum Light Capital fund.

Storonsky will tap his experience raising $1.8 billion to build fintech Revolut, which was valued at $33 billion in July 2021, and his earlier career working as a Lehman Brothers and Credit Suisse quant trader to use machine learning to identify promising Series B and C startups.  Storonsky claims that the relationship-driven and clubby world of venture capital was outdated and waiting to be disrupted.

“Based on my experience as an entrepreneur for the last eight years I found VCs’ product pretty frustrating,” says Storonsky, whose stake in Revolut is worth $7.1 billion. “In the bad times no one wants to invest, in the good times they all want to invest—so the lessons were that VCs are pretty unstable and there is some element of crowd mentality.”

With a team of six hired data scientists and engineers over the last year, he aims to mine LinkedIn, corporate filings and other databases to identify fast-growing startups. “I personally believe in having a model without having human judgment,” he says. “Different people have different opinions, and this how you end up with this crowd mentality.”

Some venture capital funds, such as Social Capital in the United States and EQT Ventures and Blossom Capital in Europe and the U.K., have used similar approaches for years to spot and track new potential investment. “I interviewed a lot of people from a lot of funds and they just use data sources to identify breakouts but this has nothing to do with machine learning,” Storonsky says.

Storonsky plans to hire a CEO to head up the fund. He says that exposure to the fund, and his existing angel investments, helped with his day job running Revolut. “I get all this new information about tech trends, who is doing what, this is actually my edge compared to traditional banking CEOs who are not part of the ecosystem,” he says.

Storonsky has previously made angel investments in Tink, a Swedish fintech startup acquired by Visa for $2.1 billion in June 2021, and French digital health company Alan, which raised $193 million at a $2.8 billion valuation in May. The launch of the Quantum Light fund will likely pitch its founders against venture funds like SoftBank, Tiger Global and Balderton Capital who had earlier invested in Revolut.

Storonsky and co-founder Vladyslav Yatsenko, who is not involved in the fund, launched the Revolut in 2015 as a travel currency card allowing customers to choose to pay in pounds or euros. The loss-making startup now has over 18 million customers and offers a dizzying array of services from travel insurance, hotel booking, stock and crypto trading in a bid to become Europe’s answer to China’s “superapp” WeChat.

The next stage of the Revolut’s expansion, which currently gives it a higher valuation than Barclays Bank, has seen it acquire banking licenses in at least 10 European countries and talk of a push into remittances, home loans and buy now, pay later debt products.

The growth has come with challenges in retaining staff, and in dealing with the U.K.’s financial watchdog. The Financial Conduct Authority has reportedly expressed concern over Revolut’s crypto trading product which has played a role in a stalled application for a license to operate a British banking unit.