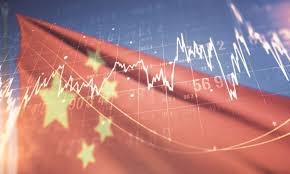 The President of the United States has the power to block certain investments in U.S. companies from foreign companies if they are seen as a threat to the national security, but a new proposed bill could extend the government’s powers to block U.S. investments in certain countries like China.

Congress is pressing ahead with legislation that would propose the screening of investments in countries seen as adversaries, like China, to protect U.S. technology and rebuild critical supply chains, the Wall Street Journal reported.

The bill, which counts bipartisan support, would require American companies and investors to disclose certain outbound investments, and it would create a new interagency panel to review and block investment on national security grounds. The measure would require U.S. entities and their affiliates to notify the federal government of activities in China and any “country of concern,” defined as “foreign adversary” in sectors considered crucial to the supply chain, or if it involves “critical emerging” technologies. Those sectors and technologies include semiconductors, large-capacity batteries, pharmaceuticals, rare-earth elements, biotechnology, artificial intelligence, quantum computing, hypersonic, financial technologies and autonomous systems.

The bill has gained momentum in the House and the Senate, and after months of delays and efforts to narrow the scope of the bill, lawmakers may push for a vote before the July 4 recess, according to House Majority Leader Steny Hoyer.

“Creating an outbound investment review mechanism is a critical tool as Congress works to provide guardrails on taxpayer funds and safeguard our supply chains from countries of concern, including the People’s Republic of China,” Messrs. Casey and Cornyn and five House members said in a statement Monday.

The bill aims to limit the transfer of technology and knowledge to China, and it would cover greenfield investments such as the construction of new plants, joint ventures that involve transfer of knowledge or intellectual property, venture capital and private equity transactions, the text says.

The updated legislative text proposes the creation of a Committee on National Critical Capabilities to screen investments, but it doesn’t specify which agency would lead it. Lawmakers initially proposed the U.S. Trade Representative, but some critics said that USTR doesn’t have the resources for this. Another possibility is the Treasury Department, which leads the Committee on Foreign Investments (CFIUS) and it is in charge of reviewing foreign investments in U.S. companies, although the ultimate decision to block a potential acquisition or investment lays on the President.

The bill threatens to delay some deals as the investment restrictions would apply to U.S. entities and any “affiliate,” which also includes investment vehicles created by U.S venture firms to invest in China. Companies would be required to notify the government 45 days prior to the planned foreign investment activity, the text says. The government could also stop a deal if an entity fails to notify the transaction. This regulatory layer is in addition to other possible antitrust or foreign investment regulatory reviews in the country of destination.

For the U.S. measure to be fully effective, it may need other nations to follow suit, or it could risk putting U.S. companies at a disadvantage, according to some legal experts.

The EU recently adopted a screening investment mechanism very similar to CIFUS to protect EU targets from Chinese firms. The EU doesn’t seem to have on its policy agenda the adoption of a trade instrument to control outbound investments in other countries but recent legislative proposals like the EU Chips Act indicate that the bloc has an interest in defending certain sectors and avoiding supply chain disruptions.