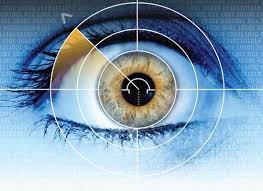 If 2021 was the year of plentiful venture capital and bloated valuations in fintech, 2022 is shaping up as the year of downsizing, with cuts ranging from dramatic and very public layoffs to unannounced staff winnowing according to Forbes.

Rising interest rates, worries of an impending recession and an abrupt slowdown in venture investment has caused fintech founders to aggressively reduce expenses. Beyond the big companies that have announced layoffs like Robinhood, Klarna and Coinbase, every corner of the fintech industry is feeling the squeeze, from investment apps and teen digital banks to back-end trading software and insurtech outfits.

Many are slashing staff to preserve cash and stay alive, as VCs tell founders they need at least two years’ worth of “runway” to endure a prolonged downturn. Other startups are changing their strategy, and they’re opportunistically shedding workers in some departments while hiring in others. That lets them get closer to profitability and gives them a chance at avoiding a dreaded “down round,” where they raise money at a lower valuation than their prior funding round. Buy-now, pay-later giant Klarna recently raised funding at $6.7 billion, down a stunning 85% from a year ago.

Every fintech company seems to be a candidate for layoffs. “If you haven’t done it, you’re going to have to do one,” says one fintech CEO who reduced staff earlier this year. Stephanie Choo, a general partner at fintech-focused VC firm Portage, says, “Almost every late-stage company that I know of is either doing layoffs or going to.” Five members of Forbes’ Fintech 50 list, released in early June, appear to be cutting staff.

Through LinkedIn research and speaking directly with companies and industry insiders, Forbes identified nine fintech businesses that have apparently shrunk their labor forces recently without any announcement or public reporting of their downsizing. Of the nine, iTrustCapital, Stash and Synctera confirmed the staff cuts to Forbes. GoodLeap confirmed a small number of cuts in its mortgage business but said it’s actively hiring and expects headcount to grow 16% this year. Five other companies we identified as having previously unreported employee contraction–Clearco, DriveWealth, M1, PointCard and Step–didn’t respond to our requests for comment. Some unconfirmed reductions may be due to attrition rather than layoffs, but LinkedIn data typically understates the number of dismissed employees.