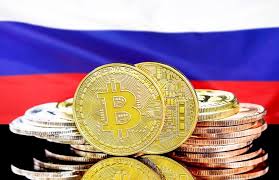 Russian authorities intend to regulate the issuance, circulation, and various operations with digital assets, including international crypto payments, by the end of 2022.

The Ministry of Finance, the Central Bank of Russia, and the Rosfinmonitoring agency, have taken on the task, the financial watchdog told the daily Izvestia.

“The activities of organizations that will carry out exchange operations with digital currency, its transfer and storage, and providers of virtual asset services should be subject to regulation, including registration or licensing of such persons and their supervision,” Rosfinmonitoring explained and added that their responsibilities should also include combating money laundering.

The current version of the bill “On Digital Currency,” put forward by the finance ministry earlier this year and revised with input from other authorities, provides for the establishment of domestic infrastructure for crypto asset trading. Now, Russian regulators have turned their attention to the settlement mechanism for cryptocurrency payments in foreign trade.

This week, Deputy Minister of Finance Alexey Moiseev unveiled that his department and the Bank of Russia have reached an in-principle agreement on new legislation authorizing international payments in cryptocurrency.

Earlier in September, the two institutions concluded that Russia “can’t do without cross-border crypto payments” in the face of mounting sanctions. Quoted by the RIA Novosti news agency and the business daily Kommersant, the government official said, “Now we have a bill already agreed with the central bank. It generally describes how to acquire cryptocurrency, what can be done with it, and how it can or cannot be used, in the first place in cross-border settlements.”

At the same time, according to a report by RBC Crypto, Moiseev admitted that the issue with “entry and exit to fiat” remains to be resolved. Then, experts will have to determine the minimum infrastructure that Russia needs to create in order to be able to implement such cryptocurrency payments.

The finance ministry and the monetary authority have also agreed on a draft law concerning crypto mining that will legally define the activity. The deputy minister noted that the question of whether miners should credit the minted digital coins to wallets in the Russian Federation or abroad has so far been decided in favor of the second option