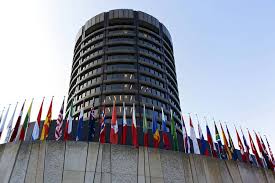 Carried out under the auspices of the BIS’ Innovation Hub Hong Kong Centre, the live trial of the mBridge multi-CBDC platform by the Hong Kong Monetary Authority (HKMA), the Bank of Thailand, the Digital Currency Institute of the People’s Bank of China (PBoC) and the Central Bank of the United Arab Emirates (UAE) saw 164 transactions completed by 20 participating banks over the course of six weeks. In that time, a combined $12.1 million was transferred by the four countries.

The multi-CBDC platform project aims to create “an efficient, low-cost, regulatory-compliant and scalable cross-border payment solution” with central bank digital currencies (CBDCs) at its core, the BIS said in a statement on Wednesday (Oct. 26).

The mBridge “project makes important strides towards developing a platform that has the potential to foster more inclusive and efficient payments systems,” said Cecilia Skingsley, head of the BIS Innovation Hub. “That will benefit those making and receiving payments in different currencies and jurisdictions as well as the overall functioning of the global financial system.”

With the goal of testing technologies that “deliver faster, cheaper and safer cross-border payments and settlements,” the project is a G20 priority, the BIS said.

“Many jurisdictions, in particular emerging and developing economies, are losing access to the international network of correspondent banking services, leaving many households and firms without sufficient or affordable access to the global financial system for payments,” it added.

Financial exclusion, she added, “is not just a problem for individuals, it is also affecting economies.”

That said, the PBoC’s involvement will certainly fuel concerns in the U.S. Congress that China is using both this project and its digital yuan, or e-CNY, to undercut the U.S. dollar and its economic power. Rep. Maxine Waters, D-Calif., chair of the House Financial Services Committee, recently called CBDCs “a new digital assets space race.”

They’re not alone in thinking that. G. Bin Zhao, senior economist at PwC China, told Reuters that “many countries around the world, including China, are wary of U.S. financial sanctions. This provides a historic window for China to promote yuan internationalization as the U.S. weaponizes the dollar.”