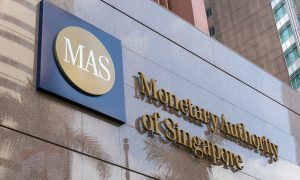 The Monetary Authority of Singapore and DBS Bank are running a trial of tokenized Singapore dollars that can be programmed for specific uses and allow merchants to be paid immediately.

The experiment with “purpose bound money” (PBM) or programmable money is being carried out under the auspices of the MAS’ Project Orchid, which also looked at creating a retail central bank digital currency (CBDC), and finding it unneeded at present.

By tokenizing Singapore’s fiat currency on a blockchain digital ledger, the MAS is attempting to create a currency that could “facilitate more efficient transactions, enhance financial inclusion, and unlock economic value” as well as improve financial services, it said in a report released on Monday (Oct. 31).

If successful, the PBM trial could lead to a “more efficient, trustworthy and robust payment system, especially for time and resource starved businesses, said Shee Tse Koon, DBS Bank’s Singapore’s country head, in a statement. The PBM vouchers are being trialed in a four-week program involving six merchants in the food and beverage business and 1,000 selected consumers.

The main benefit is allowing the inclusion of blockchain-based self-executing smart contracts that can limit usage to specific types of goods or services, or specific merchants, DBS said. For small to midsized businesses and merchants with retail storefronts, PBM will see funds credited to their accounts immediately rather than in the one to two days it usually takes.

“We want to test how we can potentially make settlement faster and less costly, and reduce the reconciliation effort of banks, voucher issuers and merchants,” said Li Hongyi, the MAS director of open government products.

Other potential uses are daily spending limits and recurring payments and the distribution of government aid such as Community Development Council vouchers given to households to help cope with rising inflation and cost of living. While these are largely digital, using PBM vouchers will also relieve merchants of some back-end administrative work.

Another point MAS raised in its report is that, unlike direct deposits, PBM voucher recipients would be able to spend them only “at approved merchants and not on vices.” Beyond that, PBMs given out by a program to promote healthy living could be limited only to merchants who sell healthy food, it said. At other venues the transaction — assuming it works correctly — will fail.

Still, PBMs will be bearer instruments, which means that they could be traded as cash to someone who wants to use them for the intended purpose. On the other hand, the recipient would not need a bank account to receive the payments, just a digital wallet, which could improve financial inclusion.

By embedding the immutable smart contracts directly into the actual money tokens, MAS is able to deliver the benefits of smart contracts without the need to build a full CBDC ledger, it said. In addition, the PBMs are bearer instruments “with self-contained programming logic and transferrable between two parties without intermediaries.”

That embedded logic, MAS added, should make it possible for use across different platforms and systems.

It should be simple to program different spending requirements and conditions into newly created PBMs, MAS said. For example, it added, “daily spending limits or recurring payments could be defined, similar to direct debits and standing orders.”

The PBM experiment is one of a number that seeks to advance “global learning on the possibility of programmable money and payments,” MAS said. “Rather than building a CBDC ledger first, the project has taken a user-driven approach instead.”

That means identifying potential use cases first and then determining if the more advanced and complex technology of a CBDC is valuable and necessary.