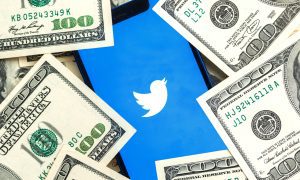 Twitter has reportedly filed paperwork with the Financial Crimes Enforcement Network (FinCEN) to begin the process of registering to process payments.

The social media platform did the filing last week, The New York Times reported Wednesday (Nov. 9), citing a filing it had obtained.

Businesses are required to register with FinCEN in order to conduct money transfers, exchange currency or cash checks, according to the report.

Since purchasing Twitter last month, Elon Musk has worked to transform the company and laid off half its staff.

In an effort to boost revenue at the social media platform, Musk also added subscription features. Sophisticated payment systems could be another way for the company to generate revenue, per the report.

Before the acquisition, Twitter had added financial services that allowed users to make donations to creators on the platform and to charge subscription fees for content.

Musk, was a co-founder of PayPal and knows the payments business well, has modeled his idea of a super app on China’s WeChat, which does everything from social media, chat and video messaging to banking and payments.

While digital wallets like Apple Pay and Google Pay have struggled to gain traction in the United States, Musk has said WeChat is something on which Chinese consumers basically live their lives.

The report of the filing with FinCEN comes at a time when Musk said Twitter has seen a “massive drop in revenue” as companies have paused their advertising on the platform.

They have done so in response to pressure from activist groups that have been protesting potential changes in how Twitter will moderate content after the purchase.