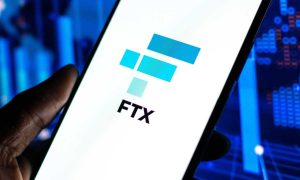 Turkey has joined the many jurisdictions around the world that are investigating crypto exchange FTX after its collapse.

The country’s Financial Crimes Investigation Agency is investigating the local arm of FTX, as well as individuals and institutions with ties to the company, CoinDesk reported Monday (Nov. 14).

This includes FTX Turkey, the company’s local arm, which is one of 134 entities tied to FTX.com that are now seeking bankruptcy protection in the United States, according to the report.

FTX Turkey has been working to enable customers to withdraw funds. The team at the subsidiary was hit especially hard by the bankruptcy filing because many staff put their money into the company due to local inflation and distrust of banks, the report said.

As PYMNTS has reported, the collapse of FTX has had reverberations around the world.

In the United States, the Department of Justice has reportedly joined the Securities and Exchange Commission and the Commodity Futures Trading Commission in looking into how FTX handled customers’ funds while attempting to prop up its sister trading company, Alameda Research.

In Japan, the local arm of FTX is trying to determine whether the company’s recent bankruptcy will affect its ability to refund digital assets. FTX Japan is reportedly in discussions with attorneys about the implications of the failure of its parent and plans to announce a decision once the situation becomes apparent.

In the Bahamas — the country in which FTX is based — police and regulators have reportedly interviewed the company’s former CEO, Sam Bankman-Fried, to determine whether there was criminal conduct involved in the collapse of FTX.

Bankman-Fried had been CEO of FTX until Friday (Nov. 11), when he stepped down after a week that saw a run on the exchange’s assets that triggered a liquidity crisis and a subsequent filing for bankruptcy protection in the U.S.