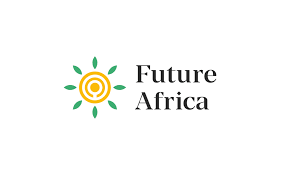 TechCabal has gathered that there is an ongoing wave of resignations and layoffs at Future Africa, an Africa-focused VC firm backing early-stage startups. This information was given to this publication by two employees of the company who wished to not be named.

According to a Future Africa employee who spoke to TechCabal anonymously, people are leaving because the company has made it clear that it is transitioning from being a VC to a venture studio for its Fund III deployment, a move that would require a leaner team. This means that, for its third fund, Future Africa will not only invest money in companies but also accelerate them. According to the employee, some employees resigned with immediate effect while others will be staying on till January 2023 when their exit from the company will take effect.

“The company wishes to invest money in fewer startups so that it can focus on helping them build and scale, and this would require a lean workforce,” the employee said.

Although the exact number of employees that have resigned and been laid off is yet unknown, TechCabal can confirm that four employees have left the company, including one of its partners, Caleb Zipperstein, an Israeli VC operator who was hired in 2021 to help the company attract investment from Israel.

Though Zipperstein confirmed to TechCabal that he will also be exiting the company in January, he declined to comment on why he’s leaving.

Future Africa declined TechCabal’s request to confirm the number of employees that have resigned from the company.

Future Africa was founded in 2020 by Iyin Aboyeji, who serves as its CEO. Since its founding, the company has deployed two funds. Its second fund (Fund II) is currently running and will round off deployment at the end of December this year.

Aboyeji set up the company’s first fund, Fund I, using personal capital from his Flutterwave and Andela exits, and operated as a family office with a consulting arm. His company worked closely with the startups it funded for both preferred and sweat equity. By the end of 2020, the company announced that it had invested $1 million in nine startups, including Indicina, Stears, and Evolve Credit. Future Africa, in turn, announced early last year that it returned $3.7 million to its limited partners. Future Africa investment in 54gene, a Lagos-based biotech startup, return 25x.

For Fund II, however, the company opened up to outside capital through a subscription-based collective syndicate, and sold access to deal flow. This means people subscribed to its collective so that they could access the company’s deal flow and invest in them. The fund was a success and, according to an employee, the business made a revenue close to $500,000 from the collective.

During an investor panel conversation organised by AWS in Lagos on November 8, Aboyeji confirmed the revenue made from the collective to be around $450,000, and further revealed that Future Africa has deployed $10 million in funding and returned over $9 million to investors since its inception.

Before the series of resignations, Future Africa had about 45 employees.

TechCabal reached out to Aboyeji to understand why employees are resigning from the company, and he responded via text: “As part of its planning for every fund, Future Africa makes staffing changes to better align with its renewed vision and plans for the years ahead. We provide generous exit packages to staff who decide to transition and assist them in finding new paths where possible. We remain very excited about the future of our firm and Africa.”

When asked if the decision to be leaner might have been caused by the firm being in financial distress like many other companies, due to the current economic downturn, Aboyeji said this is not the case. “The new strategy has been in the works for months,” he said.

Future Africa has been undergoing a rebranding for months. TechCabal first discovered its change of logo in October, and its website is currently without content, instead telling visitors that “Something new is on the way!”

At Future Africa, the phasing out of employees at the end of a fund is a long-standing practice. Only one person, Mayowa Olugbile, according to a senior member of the company, overlapped between Funds I and II; and almost all the co-founders and partners—Damilola Aderinto, Chuba Ezekwesili, Chine Ezekwesili, Olabinjo Adeniran, and Adetola Onayemi—the firm brought in for its Fund II have now left the company. Out of the seven co-founders that started Fund II, only two, Olugbile and Barakat Sheriff, are currently with the company.

Typically, venture studios hire more employees than VCs. In fact, some local VCs have only 6–10 employees. While it is noted that Future Africa changes investment strategies with each fund, it’s not clear why that should warrant changing or reducing its people, especially now that the company wants to become a venture studio.