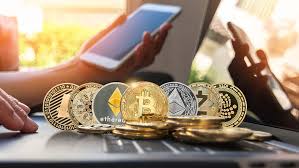 Back in October — in what seems a lifetime ago in the cryptocurrency world — PYMNTS and BitPay’s “Shopping With Cryptocurrency” study found that “tech-driven” consumers, representing roughly 15% of all consumers and 22% of past or present cryptocurrency holders, are the most likely to transact with it.

But now, as FTX hauls itself into bankruptcy court, other crypto exchanges shudder and bitcoin hovers at $16,000, merchants must ask an existential question: Do I accept crypto, or not?

It might make sense that as bitcoin and its brethren are volatile, consumers may hold off on using their holdings to buy goods and services. The purchasing power of those digital coins fluctuates day to day, hour to hour. It also might make sense that merchants would be worried that they might not see their money when consumers do transact (FTX’s ripple effects include concerns over governance and frozen funds).

But BitPay CEO Stephen Pair and Nick Dossa, dealer principal at Vegas Auto Gallery, which processes crypto transactions through BitPay’s platform, told PYMNTS that the FTX fiasco has not, in fact, changed things much at all. Viewed through the wider lens of history, the FTX shakeout is nothing new.

“We’ve been through a number of events like this in the last decade,” remarked Pair.

Bitcoin payment service provider BitPay made the long-ago decision to minimize dependency on outside companies.

“We custody our own crypto, and we don’t rely on third parties for that,” Pair said.

When exchanges are used, Pair said his firm moves crypto onto the exchanges, sells it and withdraws the proceeds right away.

Yes, there is some uncertainty among consumers in the market, Dossa said, and people may be waiting a bit to see how things shake out. But for Vegas Auto Gallery, which sells luxury and exotic vehicles and has offered bitcoin as a payment option since 2015, “the people that have a lot of crypto are still moving forward” and transacting.

Pair echoed that observation, noting that different people came to crypto at different times — and there are still several people who invested years ago sitting on healthy gains — or they may have converted their bitcoin into stablecoins (BitPay also supports USDC) and are using those coins to make purchases.

Coming into the holiday season, there may be some bifurcation among crypto-holding consumers.

“You’ll see some people who are of the ‘spend it or lose it’ mentality,” said Pair.

But there are other consumers who want to spend when bitcoin’s price is high, and when it’s low, well, that’s a good time to save and build wealth.

The present-day headwinds notwithstanding, said Pair and Dossa, merchants should be drawn to the fact that crypto holders are younger, tech savvy and tend to be relatively more affluent than other demographics. Pair noted that even in these somewhat constrained times, the average spend across BitPay’s merchant customers tracks at two times what a typical customer wielding a credit card spends.

There’s another benefit that accrues to the merchants.

“If they find a place where they can spend crypto, they’re going to tell their friends,” Dossa said.

Looking ahead over the next few months and over the longer term, the chaos sown by FTX will have the salubrious effect of flushing bad actors out of the system, offering a wake-up call for investors and regulators. The great deleveraging may have begun, predicted Pair, and “we’ll find a footing and a floor in the markets. And then we will start building again.”

As he told PYMNTS, amid the rebuilding, “many merchants should consider accepting crypto. They’ll be pleasantly surprised by the types of buyers they attract.”