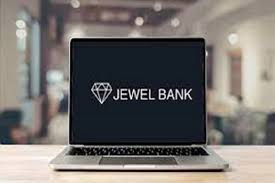 “Our partnership with Polygon Companies helps power a key part of our long-term stablecoin infrastructure, which brings bank-grade safety, speed and security to stablecoins,” Jewel Bank Founder and Chairman Chance Barnett said, per a Monday report by CoinDesk to which there was a link in the Jewel Bank post.

The Bermuda-based bank’s stablecoin is called Jewel USD (JUSD), and Jewel Bank will keep a reserve ratio of 1:1 with the U.S. dollar, and the stablecoin reserves will be regularly audited by the bank and reported monthly and quarterly, according to the report.

Jewel Bank will use the Polygon ecosystem for both commercial and retail payment solutions based on stablecoin, the report said.

It will service digital asset firms in any non-sanctioned jurisdiction, providing core banking, payments and settlements, according to the press release.

Barnett said at the time that digital asset exchanges and institutions outside the United States have not had access to the institutional banking infrastructure that they need to provide liquidity, reliability and scale to the space and meet its demand for fiat ramps and stablecoin payments.

“Jewel Bank will serve as the bridge between the traditional fiat banking system and new digital asset rails in order to serve the high-volume payments and settlement needs of our large global clients, including crypto exchanges, with both traditional and stablecoin-based payments solutions,” Barnett said at the time.