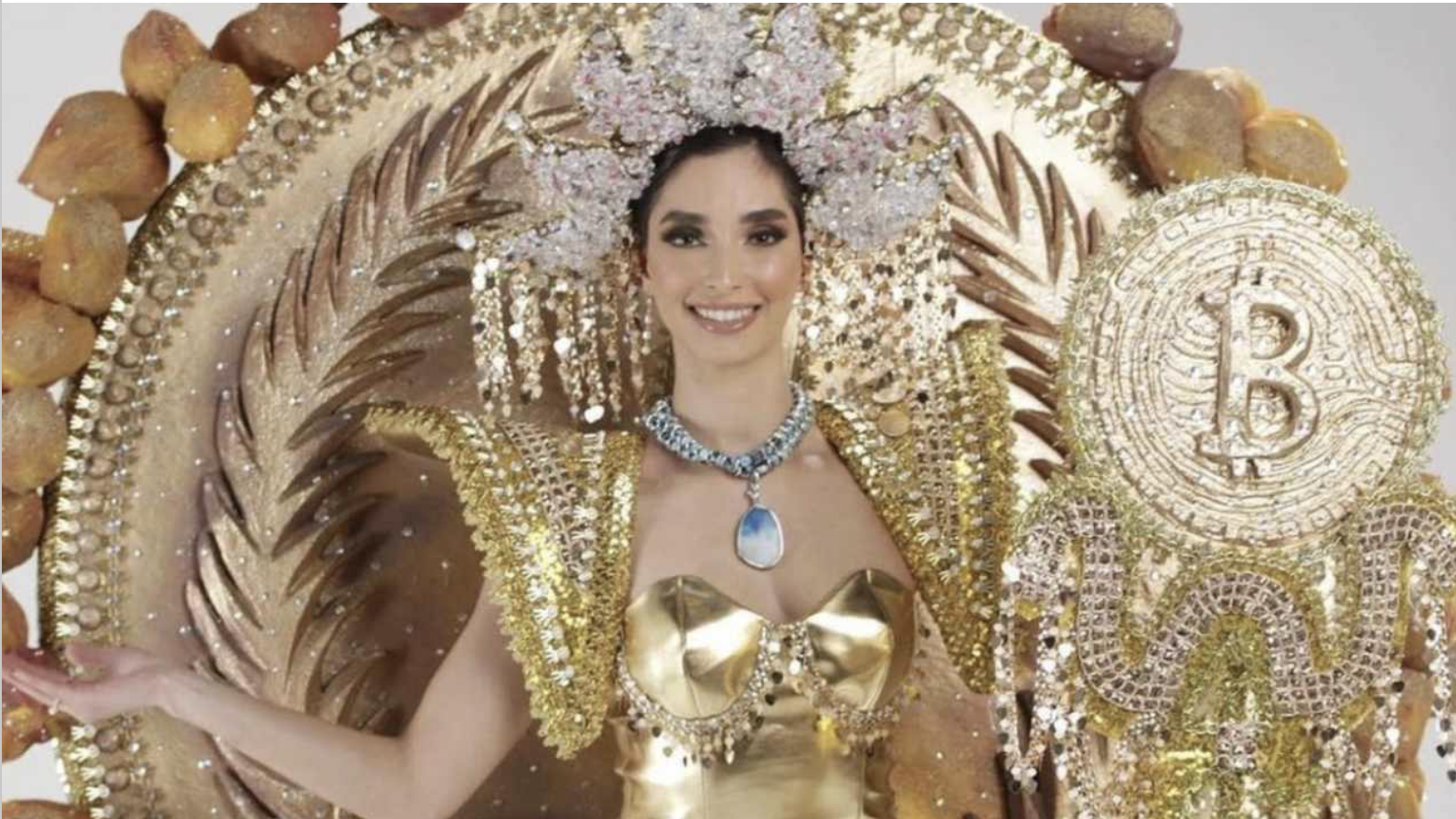 According to bitcoin.com the Miss Universe contestant from El Salvador this year has surprised viewers by featuring bitcoin as part of her national costume. El Salvador has adopted the cryptocurrency as legal tender and has passed a new regulatory framework for the issuance of its long-awaited bitcoin-backed Volcano bonds.

The Miss Universe contestant from El Salvador, Alejandra Guajardo, surprised viewers Wednesday night with her choice of costume. Guajardo walked onto the stage in the 71st Miss Universe National Costume Show wearing a costume representing “the evolution of the Salvadoran currency,” the Miss Universe El Salvador official Instagram account described, adding that the outfit is designed by Francisco Guerrero.