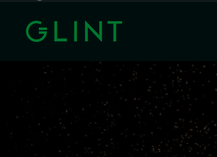 Meet Glint, a British fintech with an app and debit card that enables users to save, exchange, and spend in physical gold and multiple currencies.“Glint is not a bank nor a crypto-currency but takes a different approach to the problems surrounding money’s decreasing purchasing power and systemic risks,” Jason Cozens the founder. Glint has raised £28.5 million ($37.5 million) in funding over six rounds. Lead investors include Sprott Asset Management, Venture Labo Investment, Tokyo Commodity Exchange, and Bray Capital.

Humans have always intuitively placed a high value on gold, but the high costs of refining, inspecting, storing, and insuring gold have prevented most small investors from owning physical gold.

This fact, combined with the move away from centralized distributed ledgers, has created the space for consumers to consider that it may be time to ‘glint it.’

The price of gold increases to balance the inflationary consequences and maintain a stable purchasing power in times of global uncertainty, so many investors retreat to gold as an alternative to paper currency.

In modern financial history, there have been waves of spikes and crashes, which speaks to the increasingly volatile nature of the financial market, which more and more investors fear.

Most notably, the United States real estate bubble (2008) and the associated outbreak of the Eurozone sovereign debt crisis (2010), the global economy is still not fully recovered.

To add to the mix, the geopolitical uncertainties of BREXIT, the Ukraine Crisis, sharp rises in energy, and the economic effects of COVID-19 have added to the skepticism.

The Bank of England reports that the inflation rate in the UK has risen to 5.5% in the 12 months to January 2022, with predictions that it will soar to 8% this spring which would be a 30-year high.

For Glint, this reconfirms its need to exist. Within this same period where inflation has risen, they have seen a 30% increase in gold purchases from their existing clients and hit a new milestone of 100,000 registered users last week.