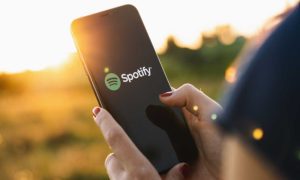 Streaming music service, Spotify is making another venture into live music with plans to sell concert tickets directly to fans instead of linking to outside ticket companies.

As Music Ally reported, the service — which debuted August 10 — is just a pilot program and not a commercial launch, confined to a small number of artists.

As Music Ally puts it, it’s too soon to frame this as Spotify trying to compete with companies like Ticketmaster. Spotify stresses that this is only a test and one that’s focused on pre-sales instead of primary ticketing.

“At Spotify, we routinely test new products and ideas to improve our user experience. Some of those end up paving the path for our broader user experience and others serve only as important learnings,” a spokesperson for Spotify told Music Ally. “Tickets.spotify.com is our latest test. We have no further news to share on future plans at this time.”

Reports emerged last summer that Spotify was considering getting into live music as a source of added revenue.

The company also held a series of virtual events, including five pre-recorded live streams in partnership with producer Driift. Spotify said at the time that its aim was to better “integrate concerts into the overall listening experience by making performances easier to find and helping fans track the events and artists they care about.”

“Based on several factors, including product demand and supply chain issues, we have decided to stop further production of Car Thing unit,” a company spokesperson said. “Existing devices will perform as intended. This initiative has unlocked helpful learnings, and we remain focused on the car as an important place for audio.”

Spotify launched Car Thing last April, describing it as a “smart player that fills your car with music, news, entertainment, and talk,” designed to address its users’ need for “a seamless and personalized in-car listening experience.”