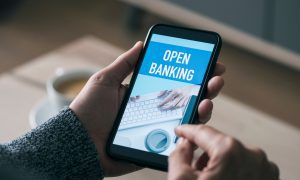 Payments platform Token has teamed with payment service provider Computop Paygate to meet what the companies say is a growing demand in Europe for open banking payments.

According to the release, Paygate enables integrated payment processes for eCommerce merchants, features more than 350 payment types from around the globe and transferred $36 billion in payments in 2021.

Token says its research shows that a desire among consumers for open banking is driving its adoption in Europe.

And as PYMNTS reported last month, several open banking platforms have risen to prominence in the past few years to help banks meet the requirements laid out in the European Commission’s Revised Payment Services Directive.

As open banking evolves, different platforms are focusing on their specialties, while key players are carving out their space in the burgeoning ecosystem.

Comparing open banking platforms is tough because there is no standard measurement for coverage, and different providers typically specialize in different regions.

“For example, in terms of the total number of bank APIs connected, Nordigen leads the pack — but that doesn’t mean it is necessarily the right choice for a business that wants to start accepting open banking payments,” PYMNTS wrote.

We also reported last month on open banking’s expansion into regions beyond Europe. Among those regions are the Middle East and North Africa, where open banking — the use of application programming interfaces (APIs) by third parties to access consumers’ financial data with their consent — is still in its early stages.

But according to Nino Ocampo, chief product officer at Bahrain-based open banking platform Tarabut Gateway, the industry offers exciting opportunities for emerging markets throughout the region, which seem to be following in the footsteps of their European counterparts.

“[Open banking adoption] is going to be regulatory driven [and] similar to what’s happened in the U.K. and Europe,” he told PYMNTS in an interview.