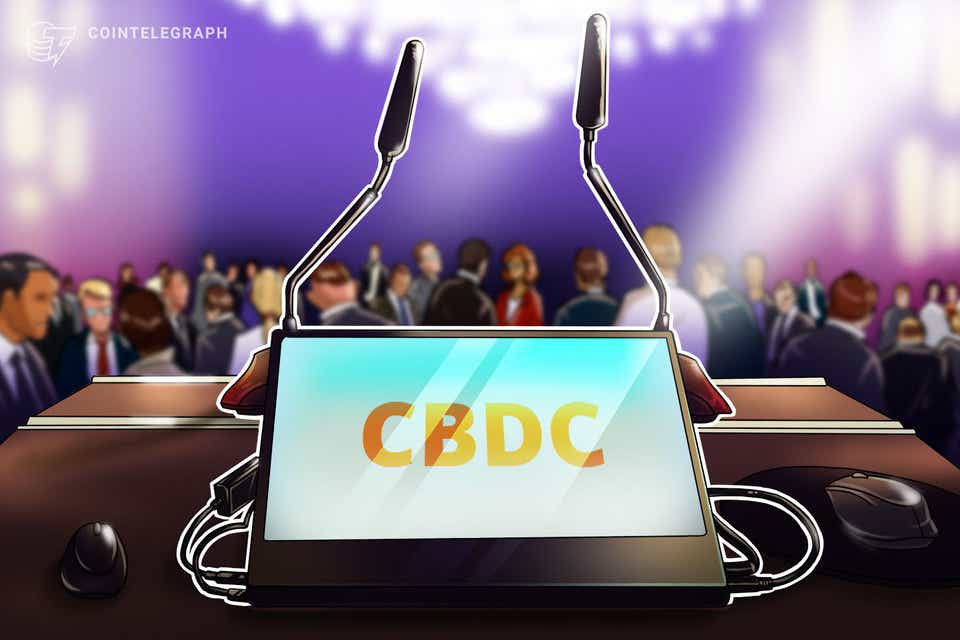 Nigeria is capping cash withdrawals in order to drive adoption of its CBDC the eNaira—but will people embrace the central bank’s vision?

Nigeria’s push to adopt digital currency and move towards a cashless society shifted into high gear on December 6, when the country’s central bank announced a cap on cash withdrawals, either over the counter or via ATMs. The new policy affects more than 200 million people, and its impact could be far-reaching and dramatically unpredictable according to decrpyt.co .

“Withdrawals above these limits shall attract processing fees of five percent and 10 percent, respectively,” the CBN said.

Banking on the eNaira

Nigeria’s phasing out of physical cash goes hand-in-hand with its push to encourage adoption of its central bank digital currency (CBDC), the eNaira.

Launched in October 2021, the eNaira was the second central bank digital currency after the Bahamas’ Sand Dollar, and uses similar blockchain technology to cryptocurrencies—though unlike cryptocurrencies, it’s ultimately overseen and managed by the country’s central bank.

While not acting as a store of value in the same way as cryptocurrency, the CBN said the eNaira would help further promote financial inclusion. It’s also accessible on all bank apps and USSD (Unstructured Supplementary Service Data), a “quick code” used on GSM cellphones to communicate with the network’s computers.

The eNaira’s launch is part of a wider policy on the part of the CBN, outlined in a 2013 policy document that encourages the adoption of agent banking, mobile payments, promotion of linkage models that enhance cooperation between traditional lenders, the government and microfinance institutions, and the implementation of an aggressive push for financial literacy.

The bank said its new policy direction was in line with its cashless policy and that “customers should be encouraged to use alternative channels (internet banking, mobile banking apps, USSD, cards/POS, eNaira etc.) to conduct their banking transactions.”

The launch of eNaira also followed a crackdown by the authorities on financial institutions dealing with crypto—which prompted a surge in peer-to-peer Bitcoin trading in subsequent months.

With Nigeria’s largely informal economy powered by cash transactions, adoption of the eNaira has been somewhat tepid.

A banker, Ahmad* [not his real name], told Decrypt that customers are not keen on using eNaira, even when they make electronic transactions, citing no clear difference between the value of naira and eNaira.

Ikemesit Effiong, head of research at Lagos-based socio-economic research firm SBM Intelligence, said the policy will hurt those it is supposed to benefit the most and encourage the hoarding of cash.

“The new policy, while hailed as a path to increased adoption of cashless transactions, is likely to turn off customers from utilizing formal banking structures,” Effiong told Decrypt. “The thriving agency banking business, where POS (point of sale) kiosks facilitate cash withdrawals, will suffer as the new policy wipes off most of that business.”

POS kiosk operators, who act as foot soldiers for many banks in inner streets of major cities and hard-to-reach areas, have become an integral part of the banking system in the past few years, helping to bridge the financial inclusion gap. While acting as the endpoint for the formal banking sector, they largely feed off the informal economy.

The policy is “too drastic and does not favour many of us,” Adeolu, a POS cash point operator, told Decrypt. “Limiting how much people can collect will affect the commission we earn every day. It’s like CBN is taking food out of our mouths and killing our business.”

A digital investment platform, Rise, said that the many charges attached to the country’s cashless policy were burdensome. It explained that the country’s informal economy is largely cash-driven and not primed for cashless transactions.

“Fifteen million Nigerian adults regularly engage in informal financial transactions, and in that sector, cash is king,” Rise said in an email to its subscribers. “This makes sense because, from entering danfo (minibuses) to buying suya (spicy meat kebabs) at night, many transactions don’t have an effective digital payment alternative.”

Still, CBN governor Godwin Emefiele said the policy is reversible, made in the best interest of Nigerians and should be seen “the way we have presented it”.

“We will be reviewing from time to time how this is working because I cannot say that we will be rigid,” he said on December 7 after meeting with President Muhammadu Buhari.

Emefiele said that the ramping up of Nigeria’s cashless policy was long overdue, noting that the country has not made significant progress since the policy was first launched in 2012.

“We cannot continue to allow a situation where over 85% of cash that is in circulation is outside the banks,” Emefiele said. “More and more countries that are embracing digitisation have gone into cashless.”

Officials and operators in the Nigerian finance sector have long believed that going digital would help shrink the country’s large pool of the unbanked—and boost the economy. As of 2020, 64% of Nigerian adults were financially included, Enhancing Financial Innovation and Access (EFInA) said in a 2020 report. But while the country aimed to provide access to formal financial services to 70% of Nigerians by 2020, it could only cover 50.5 %. The report also showed that Nigerians aged 18-25 were more likely than older adults to be financially excluded, an important consideration when the median age of the country’s population is 18 years.

“Although Nigeria has a higher proportion of banked adults than many comparator countries, it also has a high proportion of financially excluded adults at 36%,” said EFInA noted in its 2022 report.

Encouraging a cashless society has ancillary benefits for the authorities, too. Taiwo Oyedele, fiscal policy partner and Africa tax leader at PwC’s office in Lagos state, said that going cashless might help Nigeria rake in more taxes, as more small businesses will “become visible to the tax authorities”. He explained that the policy will also enable tax authorities to “get the intelligence to track your income and net worth making it easier to fish you out if you are a tax evader.”

Regardless of the central bank’s aspirations, Effiong said the eNaira may see slow adoption owing to a lack of trust in government institutions—including the CBN, which he said is necessary to power cashless transactions.

“This new policy may be perceived by many as the government foisting unnecessary controls over how people use their monies,” Effiong said, adding that “customers are likely not to trust the intentions of the regulator and turn away from some of its initiatives, including the eNaira.”