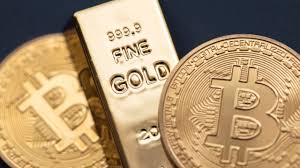 CEO of Galaxy Digital Holdings, Mike Novogratz, during his company’s Q3 earnings call last week, talked about bitcoin being a better store of value than gold. While stating, “I still think gold was probably an okay asset to own in this environment,” he emphasized that “It’s just gotten crushed by bitcoin.”

Bitcoin is just a better version of a store value and it’s being accepted at an accelerating pace … There are now over two hundred million people around the world that participate in the bitcoin ecosystem, and it continues to grow. he added.

Paul Tudor Jones, the founder of asset management firm Tudor Investment Corp., has also said that he prefers bitcoin as a hedge against inflation in the current economic environment, saying

However, Milling-Stanley, chief gold strategist at State Street’s SPDR ETFs, also has said that, “The historical promise of gold to investors has always been twofold: one, that over the long term — and I stress this, over the long term — gold can improve your returns and it can also help to reduce your volatility,” While gold has a track record of improving risk-adjusted returns over longer time periods — “the holy grail of any asset allocator” — digital coins carry more risk, increasing volatility and making returns subject to their often-drastic short-term swings”. That’s why lasting inflation will likely draw gold back into favor, he added.