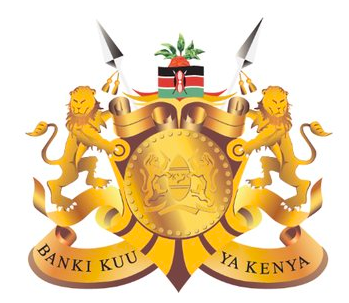 Mobile lenders will have the freedom to set their own lending rates even after they fall under the regulation of the Central Bank of Kenya (CBK).

CBK Governor Patrick Njoroge on Tuesday ruled out fixing a cap for the digital lenders, saying they would apply the loan pricing models used by the banks.

“If you mean ourselves having sort of caps and things like that obviously the answer is no. We are not going into that part of the world again, we already explained why,” Dr Njoroge said after the Monetary Policy Committee press briefing yesterday.

The parliamentary committee on Finance and National Planning approved the Central Bank Amendment Bill 2021 and added a clause that gives the CBK powers to price interest rates for digital loans.

This raised concerns among industry players they would be subject to caps in the bid to curb the steep digital lending rates that have plunged many borrowers into a debt trap and encouraged predatory lending.

Digital lenders may, however, not have free reign given the indirect control the CBK will have in approving the charges.

When Kenya scrapped legal controls of credit charges on November 7, 2019, the CBK warned banks against reverting to punitive interest rates of more than 20 percent in the post-rate cap regime.

The regulator has managed to keep lending rates low by demanding every lender justify the margins they put in their formula.

It had asked banks to submit new loan pricing formula that would be the basis of setting interest rates on new credit in an environment most which have not been approved.

The CBK Governor said he would use the same approach when it comes to digital borrowers, meaning they will have to justify the expensive loan pricing.

“What we do and I have been saying on the banking side is ensuring the pricing is appropriate in many ways and I think you have already seen what we have done with the banks. We have talked about the pricing principles that we have, things related to how they should treat customers,” Dr Njoroge said.

“So I think that’s really a good model to start with. It doesn’t mean that it will be translated word for word but definitely, the direction is clear.”

The push to control the activities of digital lenders comes more than a year after Kenya removed the legal cap on commercial lending rates.

The cap, which was introduced in September 2016, slowed down private sector credit growth as commercial banks turned their backs on millions of low-income customers as well as small and medium-sized businesses deemed too risky to lend to.

The subsequent credit crunch triggered an appetite for digital loans, attracting unregulated microlenders in response to the growth in demand for quick loans.

Dozens of unregulated microlenders have invested in Kenya’s credit market in response to the growth in demand for quick loans.

Their proliferation has saddled borrowers with high-interest rates, which rise up to 520 percent when annualised, leading to mounting defaults and an ever-ballooning number of defaulters.

Market leader M-Shwari, Kenya’s first mobile-based savings and loans product introduced by Safaricom and NCBA in 2012, charges a ‘facilitation fee’ of 7.5 percent on credit regardless of its duration, pushing its annualised loan rate to 90 percent.

Tala and Branch, the other top players in the mobile lending market, offer annualised interest rates of 84- 152.4 percent and 156-348 percent respectively.

From having little or no access to credit, many Kenyans now find they can get loans in minutes via their mobile phones.

The CBK says borrowers tapping digital loans from unregulated lenders grew from 200,000 in 2016 to more than two million in 2019.