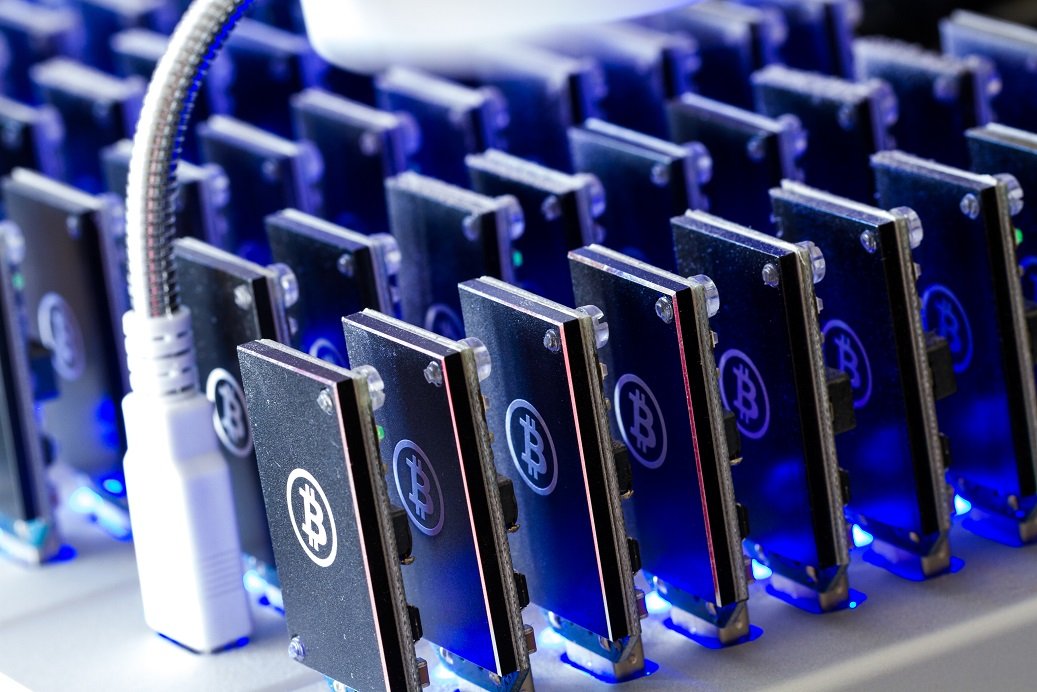 Launched in 2009, Bitcoin is the original cryptocurrency. It inspired a host of others to be created, but so far none can match Bitcoin’s popularity and market capitalization. Bitcoin stands tall among other cryptocurrencies because it is backed by industrial-scale mining operations that support its value, and it has managed to achieve regulated market status in countries such as Asia, US and Europe and found its way onto the balance sheets of some publicly traded companies like Microstrategy (MSTR), Tesla (TSLA), Galaxy Digital Holdings (BRPHF), Voyager Digital (VYGVF) and Square (SQ).

Bitcoin mining, provides the mechanism to support the effective running of Bitcoin. Through the addition of blocks or transaction records of cryptocurrency based on a competition by miners, a sort of electronic ledger is opened and a process of validation by electronic means is set in motion; a blockchain.

Each block on the network comprises a hash that is a unique 64-digit hexadecimal value containing identification information, its contents, and the hash of the previous block in the chain. Mining bitcoin in this manner is a competitive process among a large number of miners who each strive to solve the ‘puzzle’ first. The mining process is completed when the new transaction is added to the blockchain (ledger). The persons or entities undertaking bitcoin mining are rewarded after showing proof of work (PoW) whereupon they are paid in Bitcoin (BTC) for their time and effort.

Once this upper limit of 21 million is achieved, the network will operate in the same manner it currently does, with a one critical difference for miners; their reward will no longer be linked to mining but to transaction fees. This translates as bitcoin miners are currently paid a small transaction fee that is approximately 6.5% of miners’ revenue. After 2140 when the final Bitcoin mining occurs, this fee will increase to 100%. It is expected that by 2140, more persons will be using the network, making higher revenue returns from transaction fees possible.

How does it work?

To become a bitcoin miner, you need to invest in the following; a specialized computer (called an Application-Specific Integrated Circuit or ASIC miner) which is designed to support cryptocurrency mining and sold on average at $11,000 per device; reliable source of electricity and internet connection, a cooling infrastructure, software and technical know-how to manage the mining operations.

Currently, the Bitcoin industrial mining capital of the world is North America, taking over from China in 2021, which previously controlled two-thirds of the global bitcoin mining but lost the position to America, due to a policy to ban Bitcoin mining. Some of the largest bitcoin mining farms include Dalian, China, GigaWatt, Washington, USA. Linthal, Switzerland and Bitfury, Amsterdam, Netherlands (also one of the oldest mining farms in the world).

The cost of electricity remains the major cost component in cryptocurrency mining since the process is energy-intensive. The New York Times recently equated the total power consumed by Bitcoin annually to what Finland consumes in one year.(See New York Times article). Even the most energy efficient Bitcoin mining operation can use an estimated 155,000 kWh to mine one Bitcoin; enough electricity to power over 172 households for a month. As a result, Bitcoin mining is becoming a major issue of environmental concern with some countries even restricting mining in their jurisdictions.

Also, the fluid nature of regulations is a potential risk, as miners in China and other countries learned when their operations were shut down overnight. Furthermore, some countries are contemplating taxing industrial bitcoin mining operations contributing another risk factor.

In conclusion, though its monetary price is highly volatile, cryptocurrencies remain popular and are now an essential part of our financial system; therefore, Bitcoin is going to experience rapid growth, and it is expected that Bitcoin mining actors will soon find environmentally friendly ways to mine within requisite regulatory provisions.