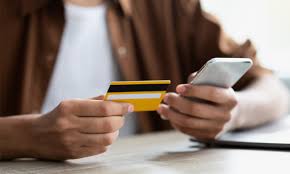 Alif, a FinTech based in Tajikistan, aims at getting more into the Pakistan FinTech space to help the unbanked.

“The central bank’s initiative has gained tremendous interest from players from around the world,” said Ali, billed as the CEO of Alif Digital Bank after the license approval. “It is rumored that over 20 applications were submitted on the 31st of March, 2022.”

In the report, Ali said the company is looking to offer buy now, pay later (BNPL) services and short-term loans by the month, as well as B2B finance and remittances services. Alif said this would make for “interesting times” as legacy banks have been changing their operations, especially with the pandemic.

Additionally, FinTechs have been making innovations with payment methods and other ways to bank. Alif’s position is that Pakistan’s unbanked population and its small- to medium-sized businesses (SMBs) have been overlooked, and the report noted that banks had access to around Rs6 or 7 trillion, with 17-18 trillion transactions still undocumented.

Alif was started in 2014 as a microcredit organization, and the company is one of roughly 20 that applied for a license after the State Bank of Pakistan debuted a digital banking framework.