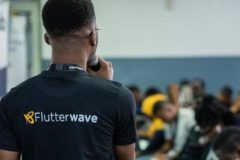 Flutterwave Inc. denied reports of financial impropriety after Kenya’s High Court froze the startup’s bank accounts holding more than $40 million according to Bloomberg.  The money, held in 52 multi-currency accounts in three banks, can’t be moved following the order based on an application by the Assets Recovery Agency under anti-money laundering rules. Flutterwave is prohibited from “transacting, withdrawing, transferring” the funds, according to the court document obtained from the court.

“Claims of financial improprieties involving the company in Kenya are entirely false, and we have the records to verify this,” Flutterwave said in a statement posted on its website on Thursday.

The Lagos and San Francisco-based fintech facilitates cross-border transactions in multiple currencies for companies, including Alibaba’s Alipay, Uber Technologies Inc. and several other homegrown businesses. It announced reaching a valuation of $3 billion in February, and B Capital Group and Tiger Global Management have invested in the company.

The orders “shall subsist for a period of 90 days” in accordance with Kenya’s anti-money laundering rules, the court said.