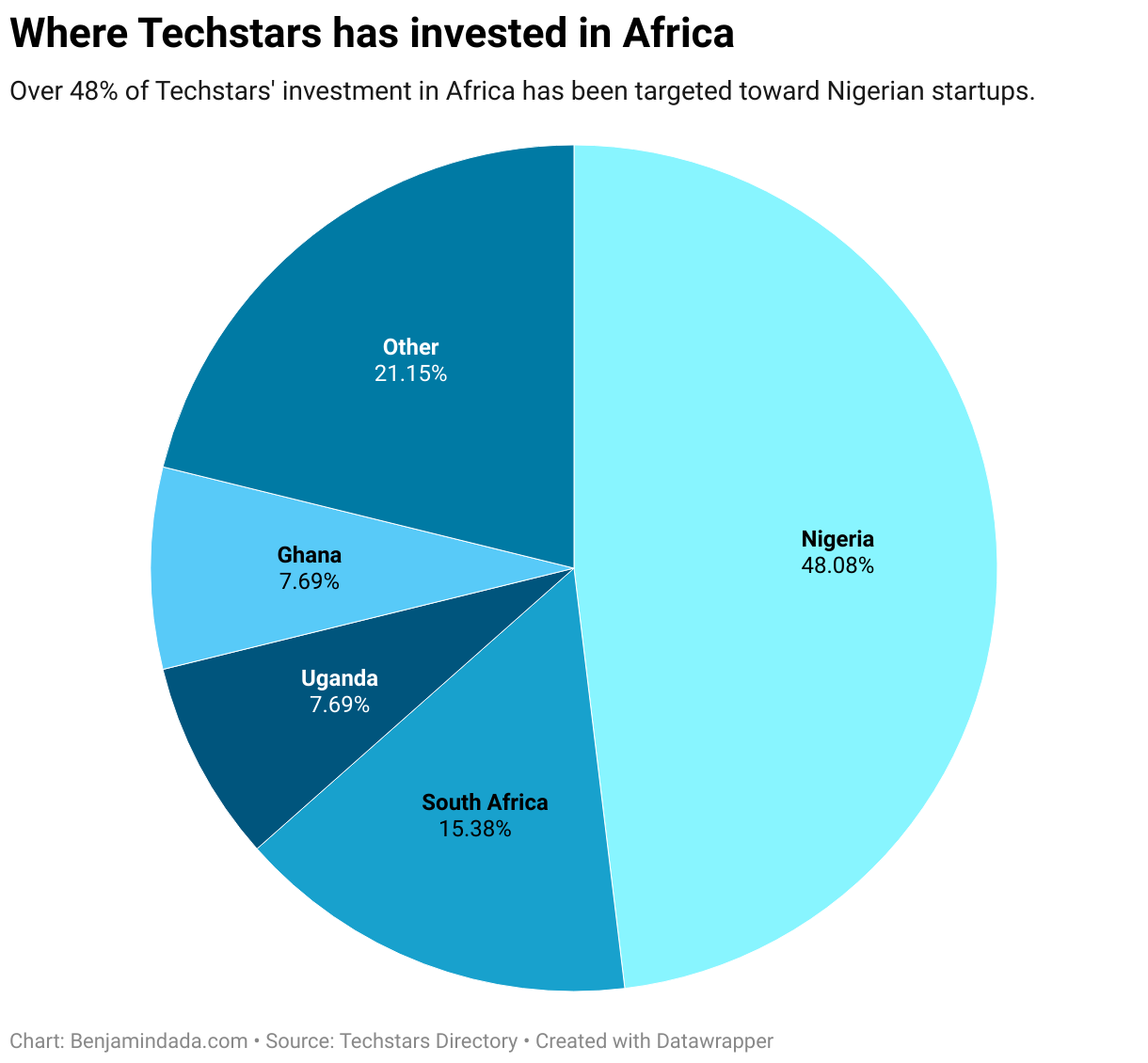 Out of the 12 startups selected for the Techstars Toronto 2022 Winter cohort, eight are Nigerian tech startups, according to the global accelerator’s directory. Aside from these startups, there is a Kenyan startup in the cohort.

“We are thrilled to continue to build a bridge between emerging market startup ecosystems and their diaspora counterparts in Canada. We believe collaboration between founders in diverse markets greatly supports our thesis of encouraging startups to build foundational innovation locally as they look to scale that impacts globally,” Alisha Golden, Investment Lead at Techstars said

Since its first African investment in 2015, Techstars has backed over 50 African startups—operating mostly in fintech, logistics, agritech and healthtech—through its various accelerators. Available data suggest that aside from the Techstars Barclays Accelerator (that was held in Cape Town), more African startups are accepted into Techstars Toronto and New York.

Underscoring the relevance of the innovations in Nigeria, Techstars, in partnership with ARM Labs, a Lagos-based innovation program focusing on fintech startups launched ARM Labs Lagos Techstars Accelerator Program which aims to invest in early-stage fintech and proptech companies based in Africa.

The Lagos program will run for three years, featuring three batches—each will have a minimum of 12 startups, that’s at least 36 startups by the end of the duration.