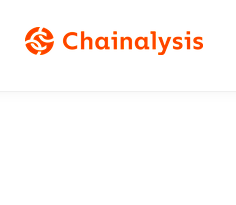 Blockchain data firm Chainalysis has been tracking funds that were stolen from FTX after the crypto exchange’s collapse and has been sharing steps along the way in a Twitter thread.

“Chainalysis is following the funds around the clock,” the firm said in the Wednesday (Nov. 23) edition of its Weekly Brief email newsletter.

The chase began Sunday (Nov. 20) morning when Chainalysis tweeted that funds stolen from FTX were on the move and alerted exchanges to freeze them if the hacker attempted to cash out.

Immediately after, the firm tweeted that some funds were stolen, while others were sent to regulators in The Bahamas — the country in which FTX is headquartered.

It then posted that the funds were bridged from ETH to BTC, “likely to be mixed prior to a cash out attempt.”

Concluding the thread, Chainalysis said: “We are in touch with our partners across the ecosystem as we work to help secure as many assets as possible to return to depositors.”

Chainalysis is working with the new leadership of FTX, helping the firm identify and secure digital assets, The Wall Street Journal reported on November 23.

It’s far easier to see what’s happening and track crime on public blockchains than it would be with U.S. dollars, because public blockchains instantly and immutably record every transaction, Chainalysis Head of Research Kim Grauer told PYMNTS in an interview posted in August.

“The transparency of this data set actually allows us to see how much crime is happening in real time,” Grauer said at the time. “Every transaction that ever occurs on the blockchain is available forever. It’s always going to be there. And that is devastating for criminals who don’t want the evidence of their crime to be preserved for all time.”