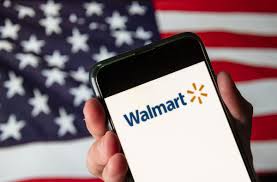 A Walmart-backed startup, One, gearing up to launch its own version of the BNPL payment service, to compete with buy now, pay later companies.

One wants to launch a service that shoppers could use at Walmart’s website and stores, as well as at other retailers, according to a source. The effort was motivated in part by a more challenging economic backdrop and consumers feeling pinched by inflation.

One is breaking into the growing payment services category as monthly retail sales numbers continue to rise, but some Americans show signs of strain from inflation driving up the prices of food, housing and more. Those stretched wallets could fuel consumers’ interest in paying for purchases in other ways.

Retail executives, including Walmart CEO Doug McMillon, have spoken about even wealthier consumers feeling pinched by inflation. About 75% of the retailer’s market share gains in grocery have come from households that make more than $100,000 in the past two quarters.

In a CNBC interview this week, McMillon said customers are feeling stressed. “We’ve got some customers who are more budget-conscious that have been under inflation pressure now for months,” he told CNBC’s “Squawk Box.” “That sustained pressure in some categories, I think, is something customers are having to deal with as we approach Christmas.”

The news about the Walmart-backed startup’s interest in buy now, pay later was first reported by The Information.Walmart has long offered financial services at many of its stores. It has a money center where customers can go for banking-related services, such as printing checks, sending or receiving money or loading prepaid debit cards. Many of those services are geared toward families that have lower incomes, do not have relationships with a traditional bank or do not have the credit history to qualify for credit cards.

Last year, Walmart went a step further by creating and backing a fintech startup with Ribbit Capital, one of the investment firms behind Robinhood. The fintech startup is independent, but Walmart has the biggest stake. Its board also includes several top executives, including Walmart U.S. CEO John Furner and chief financial officer John David Rainey. Rainey, Walmart’s new CFO, recently joined the board and is the former CFO of PayPal.

Since Walmart created and backed the startup in early 2021, it has gotten bigger. It acquired two other fintech startups, One and Even, for an undisclosed amount early this year. It adopted the name One and aims to be an all-in-one app where consumers can manage their money.